On this last day of June, I'd like to take you on a little tour of June as seen through the world of flowers and plants, as seen in the area of upstate New York where I live.

Spring is a time of rapid change, and I enjoy looking through my pictures each month to remind me of times just recently past. It's a good way to keep a flower journal for future years, too.

Some of my readers seem to think that all the flowers I post pictures of are mine.  Ah, if only!  But I have a small yard, and a full time job.  But, my spouse and I like to take exercise walks around some neighborhoods in Binghamton.  That's actually where a lot of my flower pictures come from.

I admit, I don't always label my photos.  So, if I've led you to believe I have a huge flower garden, I don't.

But, later this week, I will give you a peek into the flowers I do own. 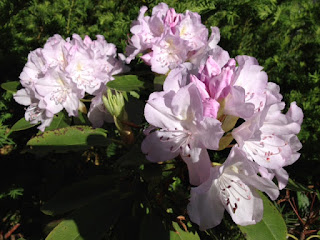 For example, this is a rhodedendron in my front yard, a little past peak on June 1.  This plant hasn't been doing well, and I hope we can get it to survive.  It's over 30 years old. 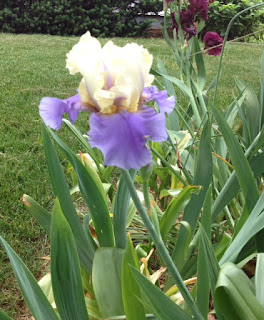 A bearded iris, June 2, West side of Binghamton. 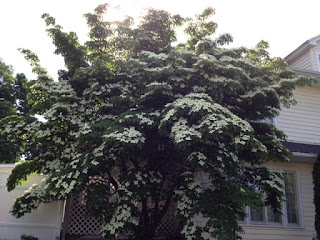 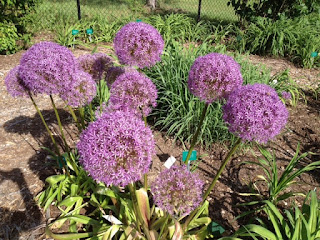 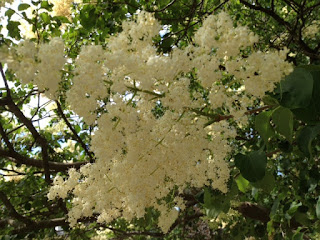 Korean lilac, June 18, one of many planted on the West Side of Binghamton. 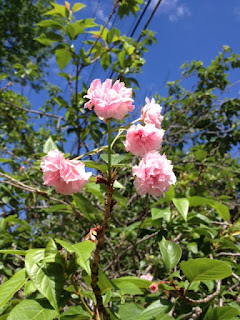 A cherry tree reblooms on June 18, also on the West Side.  This is something amazing I have never seen before.  The local ornamental cherries started to come out at the beginning of April, way too early.  Then, an unseasonable freeze hit April 4 and all the blooms died (it even snowed a little).  They didn't bloom again.  But then, in mid June, small blooms started to come out. 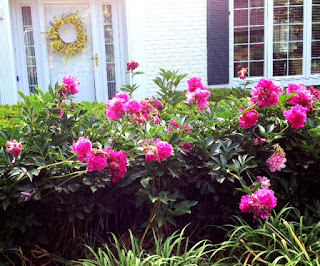 Some of the last peonies in bloom, June 18, Binghamton.  What a spectacular year for them it was. 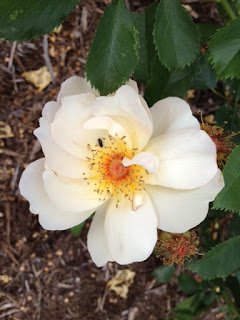 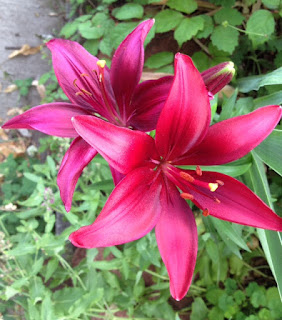 And finally, a red lily on the West Side of Binghamton, June 29.

Tomorrow, instead of a Falling Friday, I may just feature some flowers from my yard for the first day of July.

June has flown.  This year is half over.   If only we could get time to slow down.
Posted by bookworm at 6:04 AM