I welcome to my blog (I'll give you more of an introduction in the following days) if you are finding me due to the Ultimate Blog Challenge.  If you are already one of my readers, thank you for returning today.

Although I gave up making New Years resolutions years ago, and don't choose a "word of the year", I am aware that this year is going to be a year of major changes in my life (more on that later this month).

I also find I am finally recovering from some of the strain of having been a caregiver to an aging mother in law (although it wasn't as physical hands-on as many experience, it was a strain in many other ways) and realize that I need to reconnect with people I know.

I've let relationships drop.  I won't blame anyone but myself.  Now, I have to try to find some of those loose ends and reconnect them.

Some of this was hastened by news in November that one of my first cousins has cancer (her prognosis is good- the last good news of the Old Year 2019).  But I am reminded once again of how short and precious life can be, as I know two people battling cancer right now (one on battle #2), plus a former co worker who spent much of 2019 battling cancer but hopefully now in remission.

So, New Years Eve was the perfect opportunity.  I texted, Facebook messaged, and spoke on the phone - and did some long awaited catching up.

We are a spread out people.  One cousin I wished Happy New Year to is in Italy right now.  A woman I've known for some 45 years, who lives in suburban New York City, is visiting her daughter in California.  I texted with a cousin who has retired to Texas and one who is a world traveler, and we joked that our texts seem to gravitate to discussions of our medical conditions and doctors (hmmm, did I find that silly when I was a teen?)  I shared photos of my late mother in law with my husband's cousin who lives in New Mexico.

Now, I just have to keep these relationships going - easier said than done.  Old acquaintances should never be forgot.   They should always be brought to mind. 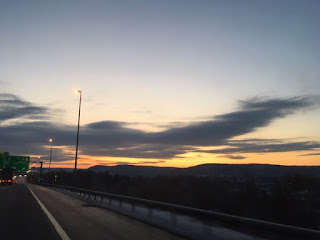 It's the beginning of a new day,  a new year, a new decade, and it's up to us how we will use this day we've been granted.

Every New Year's Eve, right before midnight (yes, I'm one of those who insists on staying up till midnight, although it's harder and harder each year), I get ready to watch the ball drop in Times Square.  After all, I grew up in New York City.

After the ball drops at midnight, the TV will play a song called "Auld Lang Syne".  Have you ever wondered what the lyrics mean?

Yesterday, we thought of old times past.  Today, we start looking towards the future, the decade that many already are starting to call "The Roaring 20's".

I intend to do some of my own roaring.  And I hope to do it with friends and family.   That's part of the awesomeness of the Ultimate Blog Challenge - I reunite with bloggers known, find new ones, and enjoy the companionship.

Day 1 of the Ultimate Blog Challenge #blogboost
Posted by bookworm at 2:01 PM