Today is the 100th birthday of Your Home Public Library in Johnson City, New York.  In honor of that birthday, I rerun this post about my love of libraries from last year, when I wrote it for the Blogging from A to Z Challenge.  But first, a couple of bonus pictures in honor of YHPL's birthday which were not part of the original post. 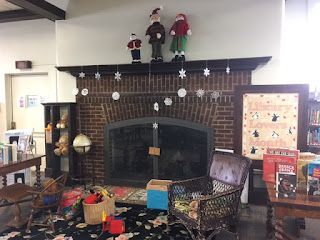 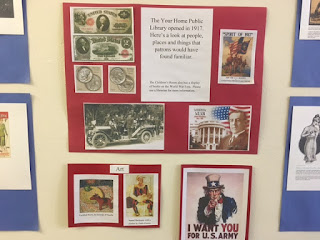 A historic exhibit in the library.

Libraries.
No, I'm not doing a post about all the books in my house, although I should.  My son once joked that I had a better selection than some book sales. Well, I think it was a joke.

Rather, I decided to blog about the place I'd rather be than anywhere in the world.  A public library.
Growing up in a city housing project in the Bronx of the late 1950's and early 1960's, I wanted to be a librarian.  But not just any librarian.  A bookmobile librarian.

Every Thursday except during the summer, I would visit the bookmobile that stopped by my housing project.  On the last visit before summer vacation, they would allow us to take out as many books as we wanted, and they were not due until September.

Libraries were a haven to me.  They helped me become who I am today.

Now, libraries are in danger, such as another local library in Vestal, New York.


We all take local buildings and institutions for granted.  After all, they are there, we pass them every day, and we take them for granted. Even I do, sometimes.  I  pass this building five days a week, sometimes six.  But I rarely use this particular library.  I should (and, since I first wrote this post, I have started to.) 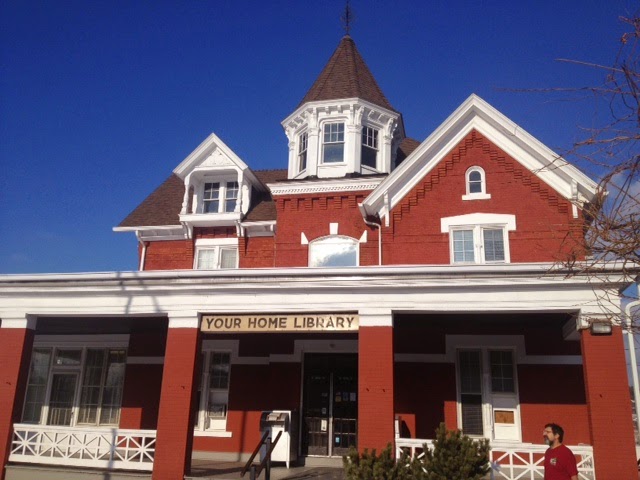 This is Your Home Library in Johnson City New York, the closest library to where I live in upstate New York

This building was built partly in 1885 and partially in 1920.  It's a small library, but full of local history.  When you enter, in fact, there is a small display of local history - a portrait, newspaper clippings, and other memorabilia. 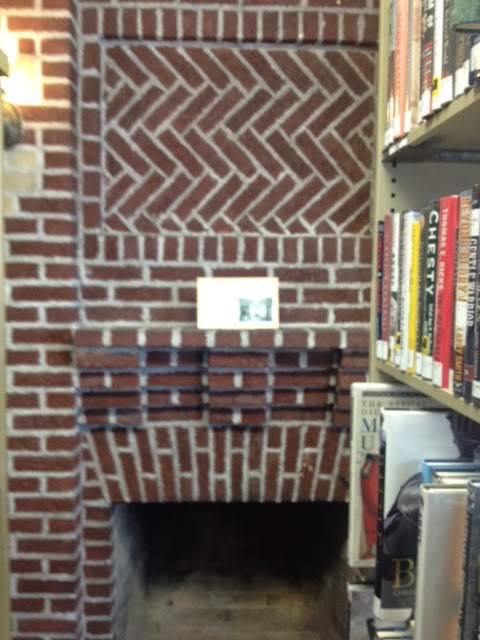 There is evidence of an earlier era wherever you turn in the small rooms.  It is not an easy library to use, I'll admit.  The Binghamton library, where I work during the week (built in 2000), is modern and spacious.  But Your Home Library has character.  And fireplaces. 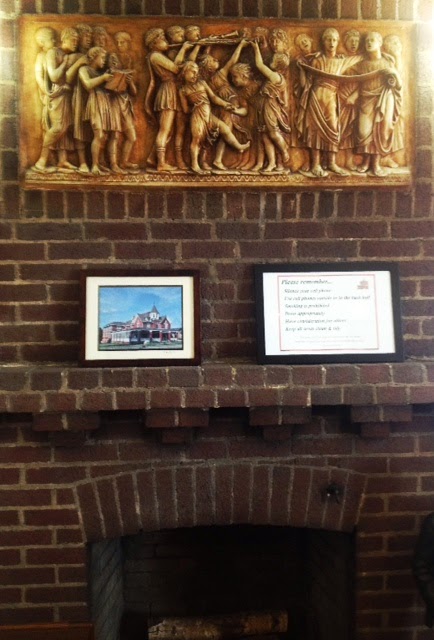 Here's another one of the fireplaces. 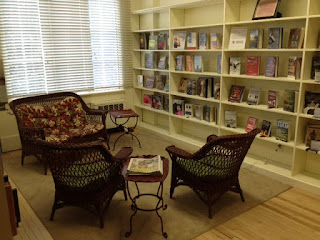 What a comfy reading room.   If you aren't sure what to read, the display of books along the wall - picks by the staff - will lure you into an afternoon of reading. 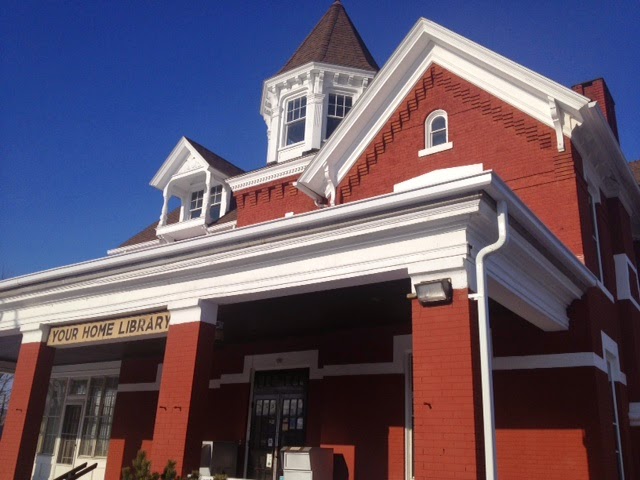 And one more view of the building.

Local public libraries face many challenges today.  Their funds are constantly being cut.  People are loathe to vote in the tax increases they need to survive.  But these libraries are, increasingly, so much more than a place where you can walk in with a card and walk out with one or more books to read.  They provide internet access, wi-fi,  computers for those who don't own one, job hunting services, e books, CDs and DVDs, magazines, free tax preparation done by volunteers, free databases, and so much more. One of our local libraries even features yoga classes on Fridays.

In fact, the photo I started this post with is from a digital collection of the New York (City) Public Library, and anyone can down load it, free of charge.

What is your local library worth to you?
Posted by bookworm at 6:02 AM