The commemoration of the 150th anniversary of First Bull Run/Manassas is over, for us.  This morning we must pack up and leave.

My "Civil War Cap" is off to so many people.  To the reinactors who braved the incredible heat to bring us living history.  To the City of Manassas, VA and the National Park Service for wonderful organization.  (I have a suspicion that the City is going to lose a lot of money-I hope I am wrong.)  To the many volunteers who, again, braved the heat and made it all possible.  To the people I spoke to:  the citizen of Manassas who explained about the Amtrak service and shared his memories of train travel to California, the reinactor who shared his memories of Shiloh and how he "woke up in the morning frozen to the ground and had a sunburn by noon", and the Marines who did a fantastic narration of what life was like for a new, green recruit and how the Civil War experience made this country great.

These are some memories of the living historians.  The man who was reinacting Mathew Brady, the photographer, and shared his collection with us. (we were going to buy one, but never returned due to the heat.  I am so sorry.)  The stamp collector at the Battlefield who shared his collection with us.  I saw Confederate stamps for the first time.  He also showed us some of the first day cancellations at Charleston, on the 150th anniversary of the day shots were fired at Fort Sumter.

I hope to return to this area (Prince William County one day, as it is so rich in history. (and good food.)

From the reinactors parade in Old Town Manassas on Friday: 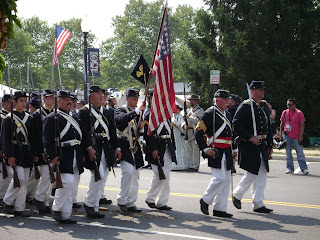 As the Marines at the Manassas battleground explained (and I have mentioned in a previous post) the uniforms were not standardized in this first battle.  North and South wore blue and grey. And red.  And brown.  Below is an example of that. 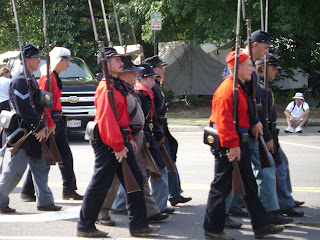 In this next photo, women of the era.  We rode a shuttle bus with some of the ladies. 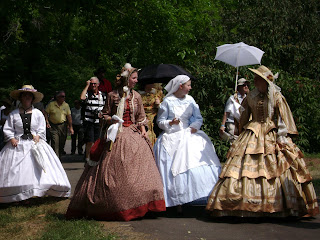 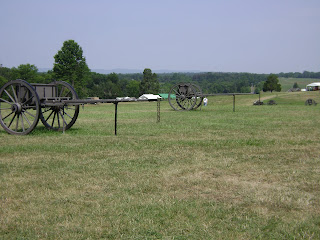 Where Judith Carter (the owner of some of the land (Henry Hill) the battle was fought on - an 85 year old widowed invalid who could not leave her home - shells demolished her home) is buried, on the battlefield.   Not the last civilian to die in the Civil War by far. 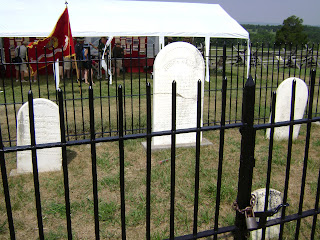 ,
And finally, what battlefield would be complete without a monument.  Here, Thomas Jackson "stood like a Stone Wall" and got his nickname. 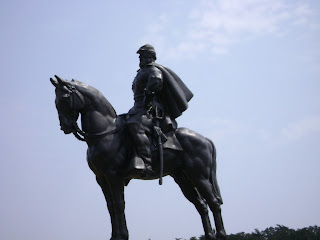