Civil War Sunday - Every Great Dream Begins with a Dreamer

Harriet Tubman, who was known in her childhood as "Araminta" or "Minty", should never have achieved greatness.  She was hired out as a nursemaid and later a human beast of burden by her slave master, starting at age six.  When she was 12, she was hit in the head by an object thrown by an overseer trying to prevent the escape of another slave. After being nursed back to health, she developed epilepsy and, later, narcolepsy.  Her seizures made her, in the eyes of her master, almost worthless.

She married a free black man, John Tubman, who threatened to tell her master if she tried to escape to freedom.

A slave marrying a free black was not uncommon where she grew up in Maryland. In fact, a fair number of the blacks in that area of Eastern Maryland were free.   Some free spouses would do whatever they could to free their slave spouses, but John Tubman was not one of these men.

Harriet escaped anyway, to the free North, in 1849.  She used the skills taught her by her father - how to live in the woods, how to find her way by using the North Star.  During her seizures, or "fall outs" as they were called back, she would sometimes have religious visions.  Tubman was deeply religious.

Being free was not enough for Tubman.  She returned to Maryland, again and again, a total of 19 times between 1852 and 1857, to lead other slaves to freedom.   She led some 300 slaves to freedom using her woodcraft skills, and never lost one.  She was a "conductor" on the Underground Railroad, a system of trails and safe houses where escaped slaves could find shelter in the night, and be passed off from "station" to "station" until they had reached Canada.


Tubman settled in Auburn, New York in 1857, a small town where many abolitionists (people who opposed slavery, although they did not necessarily believe blacks were equal to whites) lived.  She lived just down the street (South Street, ironically) from a friend, William Seward, who became Abraham Lincoln's Secretary of State.  Seward's home was itself a "station" on the Underground Railroad.

Tubman didn't spend a lot of time at home - there were funds to be raised and speeches to be made, while she continued her work to abolish slavery.


When war broke out in 1861, she served in the Civil War, on the Northern side, as a nurse and later a scout.  Later in life, Tubman had to fight to get a small military pension. She always lived on the edge of poverty. 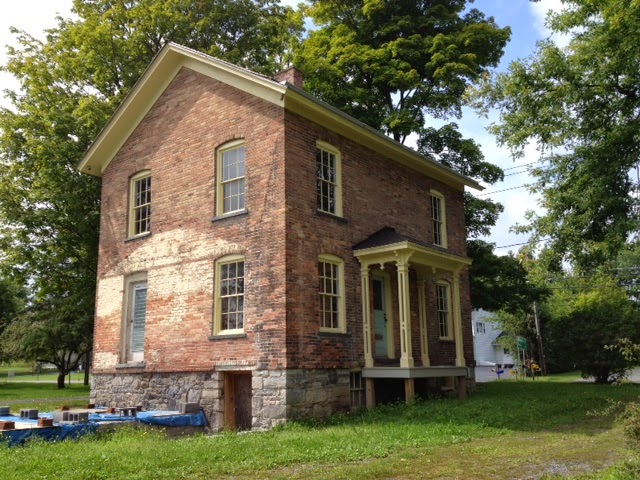 Tubman remarried after the war. Her husband, Nelson Davis, was a former slave and Civil War veteran.  He died some 19 years into the marriage.  They lived in this house in Auburn, New York, which is now being restored. 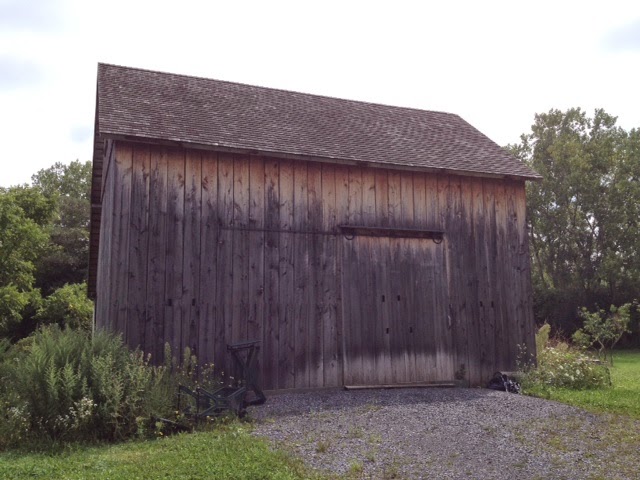 In later life, Tubman cared for the elderly, so much a mission for her that she purchased adjoining land and built what became a home for the aged near her home.  Previous to this, she had cared for her aging parents, whom she had also rescued from slavery.

Harriet Tubman died of pneumonia on March 10, 1913. She was in her 90's (the exact date of her birth is unknown, but a date in 1820 is what is most accepted. Tubman herself thought she was 95 at the time just before her death.)  Her gravestone is simple.

Harriet Tubman once said "Every great dream begins with a dreamer."  Hers was a wonderful philosophy.

Many people have gone to Auburn to visit the home of William Seward, especially after the award winning movie Lincoln was released.   I highly recommend that tour, too, but no one should leave Auburn without visiting the Tubman homestead.  Now owned by an AME church, tours are available of the property (not the house or barn). Our tour guide was most informative (and was working the tours totally by herself) and made me want to learn more about this remarkable woman.

Tough times.  A remarkable woman.  An enduring legacy.
Posted by bookworm at 9:33 AM