As a person in her early 60's, I sometimes think my life is like a time capsule. 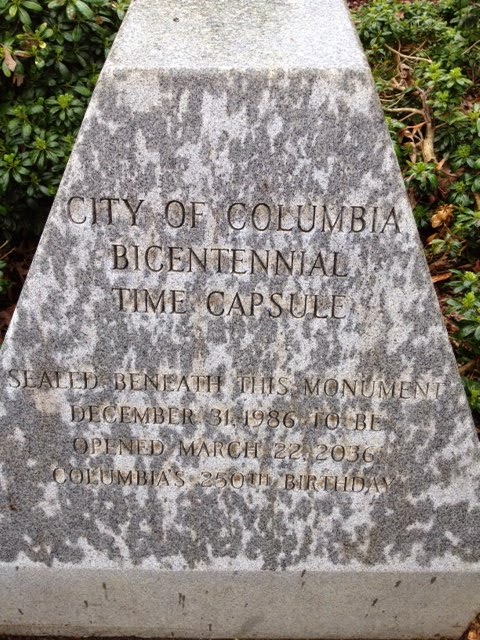 Everyone our age has seen a lot of social change.  I thought about this as I walked the grounds of the State Capital in Columbia, South Carolina today, especially after passing this bicentennial time capsule.

I wonder what South Carolina will be like when that capsule is opened.

Later, my spouse and I took a tour of the State House.  In the legislative chambers, the female tour guide turned to us after giving her pre scripted talk.  Most of the tour group looked to be late elementary school age. 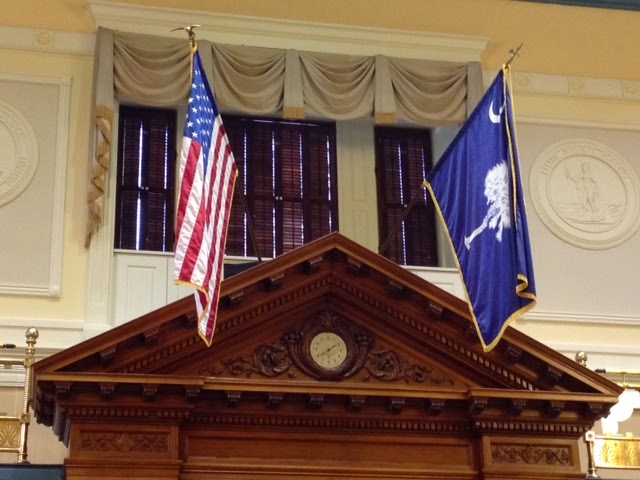 
The tour guide went on to explain that not too many state senators or representatives have been women.  The guide also mentioned she was the same age as Nikki Haley, 43.

Then, she looked at us.

Wouldn't it be great, she mused, if some of you, especially the girls, could grow up and serve in these chambers?  She continued with words similar to these: "I would weep tears of joy if one of you came to me years later and told me you had been elected, and had been in one of my tour groups".

Could I have imagined being talked to like that when I was a little girl?

No.  In my childhood, help wanted ads were divided into Male and Female.  I guarantee you that "Governor" was not found in the Female section.  Neither was Legislator.

I have seen incredible change in 62 years.  I can hope for even more change in my lifetime.

Perhaps, one day, one of those children will make the tour guide weep tears of joy.  And that child will
Posted by bookworm at 8:42 PM