Ding dong, winter is dead. And not only merely dead, winter is most sincerely dead (to paraphrase a favorite movie quote).

In upstate New York, I have NEVER said that in my almost 30 years of living here.

Let me explain that where I live, in the Southern Tier of New York State, we have a four season climate.  Winters here can be harsh (although far from the harshest - we are on the edge of a snowbelt that can see some amazing snow totals).  Normally, by March, we still have snow on the ground.

Most years, it seems that spring will never come.  I've called Spring "The Hunger that will not die".

We had some cold weather, but possibly a record snow (as in "no snow") year.  And now, winter is dead.  Here are the proofs. 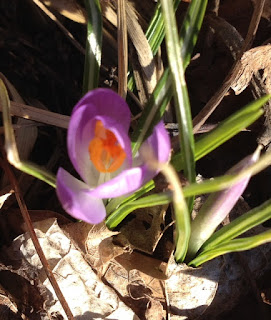 Exhibit 1: The first crocus (not mine) I saw in Binghamton, on March 5.  And not through snow, either.  Last year, my first crocus was sighted on April 13. 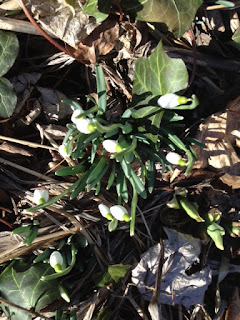 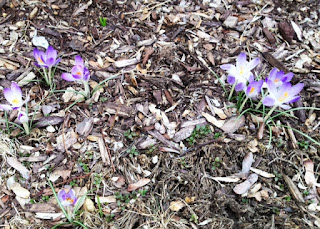 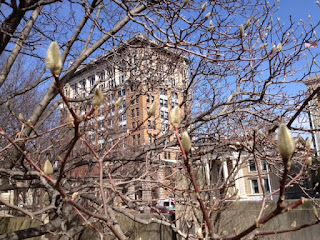 Exhibit 4-a magnolia starting to bud out in downtown Binghamton. 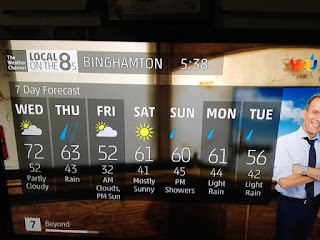 And the final exhibit- the seven day forecast (in F, of course).  72 F is 22 C.  And I will be jumping for joy on every one of those little degrees.

Will it snow again?  Most likely, but hopefully just flurries.  Will we dip below freezing again?  Certainly, yes.  And that becomes a concern, if flowers come out too soon.

So it isn't time for a happy dance just yet.  We still don't know for sure if apples will be caught by a late freeze, as they were in 2012.  Or if our maple syrup season will be a dud.

But for now, the sap is rising, and spring is on its way.

How is the weather where you live?
Posted by bookworm at 6:06 AM