It's interesting going on social media today and seeing what is trending.  You would think, on this first anniversary of the tragic clash between white nationalists in Charlottesville and those opposing them, ending in the death of a 32 year old woman, Heather Heyer (and a commemorative march in Washington DC called Unite the Right) that would be big news.

But apparently, the really big news on Twitter right now is a rapper who apparently sampled the song of a music legend without permission, and the fans of both going after each other.

Yes.  It's so much easier to ignore the true hate, to ignore what is happening around us.  It's hard to take a look back.

Today, my post is political.  Tomorrow, I return to my normal upbeat programming.

It's necessary to pause today, though, especially if you are a member of one of the groups these neo-Nazis targeted that day, which I am.

Today, some more memories of Charlottesville, Virginia, eight months before that day, August 12, 2018, that opened eyes. 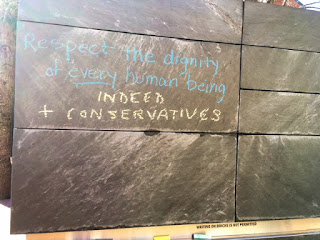 The Charlottesville Freedom of Speech Wall. 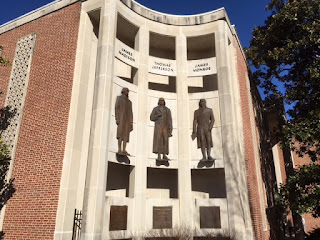 The Founding Fathers of our country. 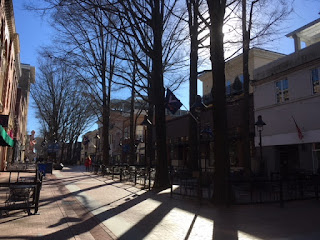 The downtown mall on a quiet January weekday morning.  This is not the street where Heather Heyer was killed. Part of that street has been renamed in her honor.
So peaceful.  But that peace was just surface.  I didn't know that then.  I do now. 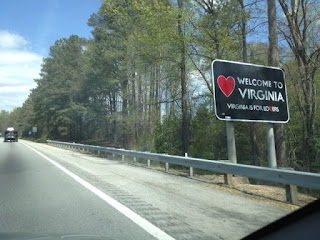 It was the calm before the storm that still continues.  Maybe one day, this sign will be what Virginia is known for, again.

Don't be fooled; the forces of evil are regrouping.  We all must pay attention to what is presented today.

Our job is to make sure you did not die in vain.
Posted by bookworm at 8:56 AM