The weather for sunset wasn't promising, but I had learned my lesson last week, and we went to a park in Punta Gorda, Florida just in case.  Am I glad we did.

There, in a park, we found a statue erected after Punta Gorda survived Hurricane Charley.  It's called "The Spirit to Punta Gorda".

This statue was created in 2005 by artist Peggy McTeague and friends, who welded various pieces of metal, including I-beams from destroyed hurricane trailers.  At the base (you will have trouble seeing it in my photos) there is a sundial, with a shadow at 4:27pm marking the time Hurricane Charley hit the city. 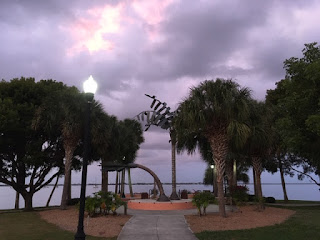 Approaching the statue, which is one upright palm and one bowed down palm separated by a sundial. 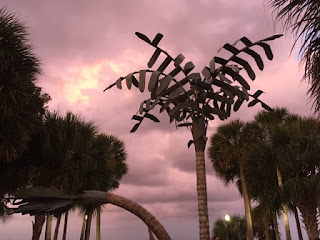 I think this one was my favorite. 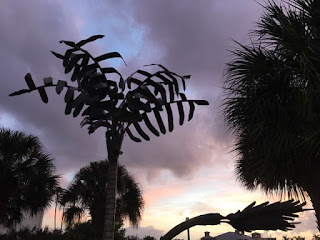 Here you can see both metal palm trees, with real ones in the near distance. 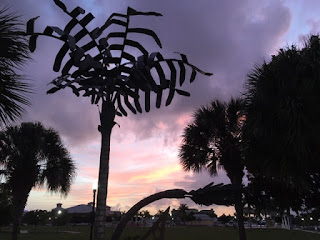 Just think - Punta Gorda ("Fat Point" in Spanish) remained unbowed despite being hit by a Category four hurricane in August of 2004.


Join Yogi and other skywatchers each Friday for #SkywatchFriday.