Have you ever seen monkeys typing at a farmer's market?  If not - more on that later.

I work in downtown Binghamton, a city of about 47,000 people in upstate New York.  It saw its prime  years ago, and is struggling to regain some of its former glory.

Every year, for the past several years, there has been a small farmer's market in downtown Binghamton, twice a week between mid-June and October - Tuesdays and Fridays.


The farmers market, in the summer, is a source for good, fresh, local produce. You see a wide selection of people shopping at the market, including people living in the immediate area of downtown, students, the elderly and office workers.

This week, offerings included the last of the local strawberries: 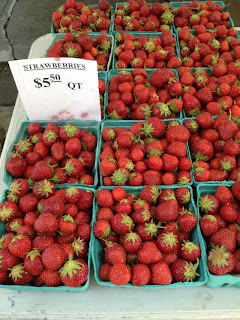 ,
Greenhouse tomatoes:  These look soooooooo tempting, don't they. (I resisted). 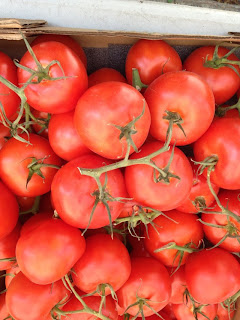 English peas, and the first of the summer squash: 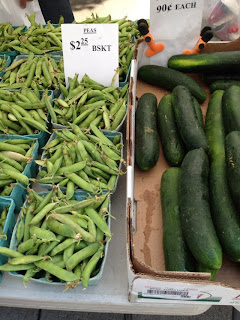 More peas, and the first of the yellow squash crop.  The lawn you see beyong the produce is that of our county courthouse. 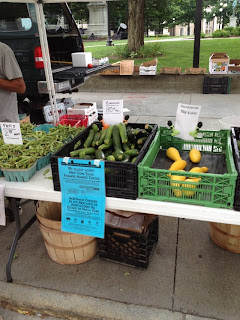 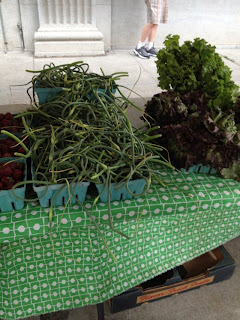 Another booth featured homemade breads and pastries.  There was a seller of bagged herbs, and someone selling frozen meat.

I bet, though, that you are waiting for me to tell you about the typing monkeys.  No, it has nothing to do Shakespeare (an idea. though. Shakespeare at the farmers market. How about it?)  Instead, on Fridays,  from the start of the market in mid-June through the last Friday of August, the market brings us free musical entertainment from 12 to 1 Fridays.   The artists are local, there is a good variety of musical styles, and some of the musicians are quite good.

Yesterday, the market featured: a local group called Monkeys Typing.  Their music is in the style of the Grateful Dead.  I am far from a Deadhead, but I enjoy their once a year appearances at the market.  One thing that makes me feel a bit old - most of the people who sat on the folding chairs provided by the city were elderly. A part of me still thinks of that type of music as being only for young people.

There was a lot of toe-tapping.

As they played, it started to rain.  A cold front was coming through, bringing relief after two days of 90 plus degree temperatures with pea soup humidity. 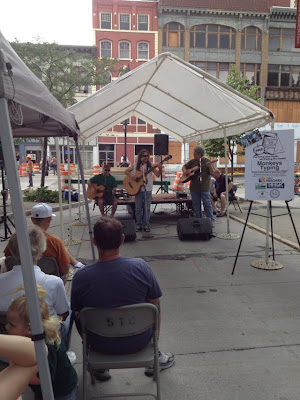 The group thanked us for staying through the rain, joking that rain was good, but not for people playing electric guitars.

"It's good for the vegetables!" a member of the audience joked back.

What events are happening at your local farmer's market?