Best of AM - Going to the Dark Side

Am I going to the dark side?  In a way.  But not in a Star Wars way.  I am talking maple and a trip to the Dark Side, repeating (with a couple of updates) a post from late March, 2014.

This weekend is the first of two Maple Weekends here in upstate New York.

We are fortunate to live in maple syrup country, because, for me, nothing else will ever touch my pancakes.  And, of all maple syrup, I think the best is that produced using wood fired evaporators.  They give a special taste that just can't be duplicated.

Making maple syrup is an art.  There is a brief period of time at the end of winter when maple trees start to wake from their winter hibernation. Sap, clear and not very sweet at all, starts to flow.  The days must be above freezing and, preferably, sunny.  The nights must be below freezing.  These conditions produce a push-pull condition in the trees, causing the sap to flow.  Producers tap the trees, attach a bucket (involving judgement as to how many taps a tree can support) and collect the sap through tubes that lead to the processing house.

Some people drink the sap for health reasons.  I've sampled it and it isn't much different from water.  The magic comes later, after the evaporation process.  And, it's quite a process, with 40 parts of maple sap needed for 1 part of maple syrup.  That's a lot of sap, and a lot of heat source needed.  And all of that takes money and a continued investment on the part of the maple syrup producer.

The season lasts about 4-6 weeks.  When the trees start to bud, or temperatures remain above freezing, the sap turns bitter and the season is over.

At the beginning of the season, the sap produces a light syrup which is the most expensive to buy. Toward the end of the season, you get darker syrup.  In our part of upstate New York, we prefer the darker (not the darkest grade B, suitable more for cooking, but what we call Dark Amber) for our pancakes.  In maple syrup, you want to go to the dark side. It's the one product where Grade B is better than Grade A (noting the NY grade scales differ from some other states.)

Today, Bush's was producing dark syrup but it wasn't yet bottled or available for sale. 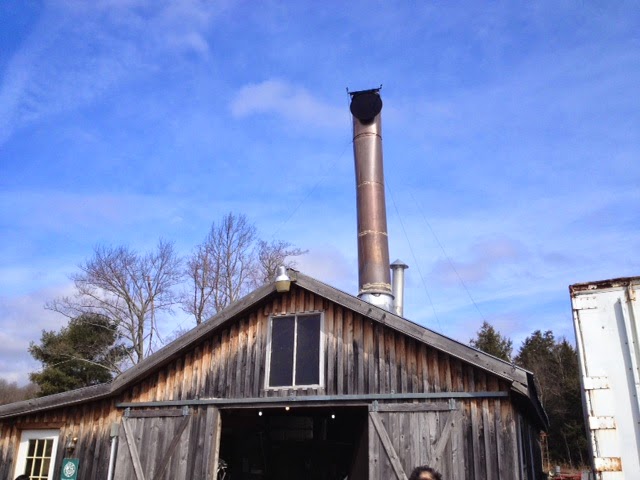 This is the barn with the evaporator. 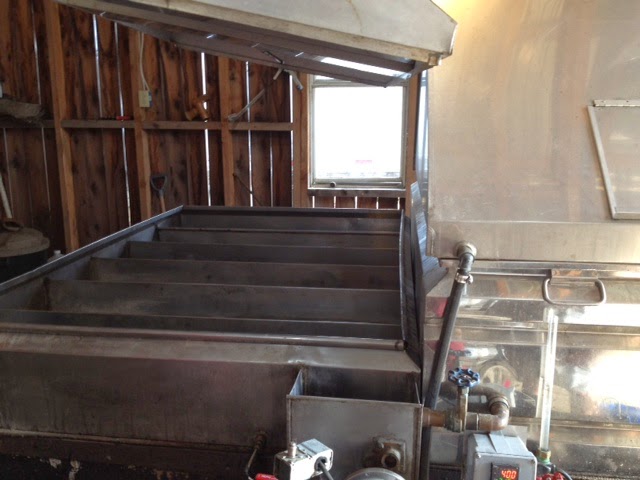 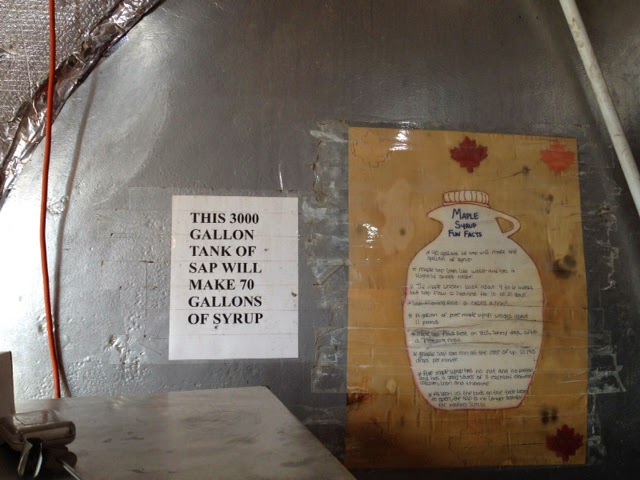 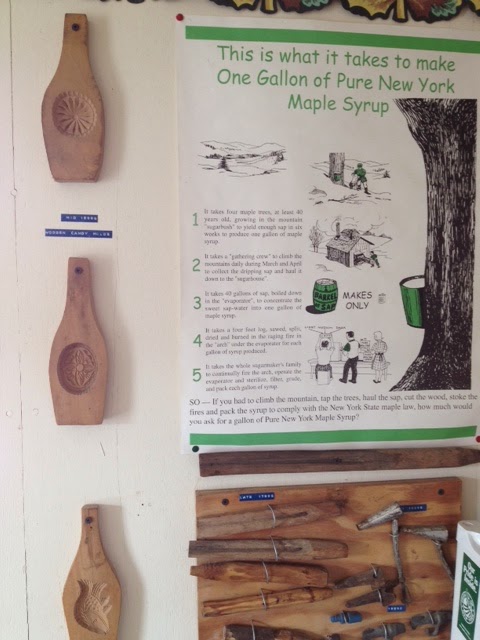 A display of maple candy molds and old fashioned taps (some dating from the 1700's).

After our look around, we walked into the sugar house to buy some syrup.  You may blanch at the $45 a gallon price Bush's was charging.  But, consider the amount of work that goes into the production of maple syrup.The only syrup available was medium amber from earlier in the season.  Knowing we were having a poor season, we bought a quart ($18), hoping we could get some dark amber syrup later in the year.

Right behind us, another couple was looking for dark amber, too.

Can you make maple syrup at home?  Yes! (if you have the right kind of trees, that is.)  I worked with someone, years ago, whose husband  made syrup and, one year, offered it to sale. He totally sold out to his wife's co workers, including me.  I've never had better syrup before or since.  Just don't try the boiling in your kitchen - you will ruin your wallpaper.

With health concerns about manufactured pancake syrup now arising (from the substance used to give it brown color), more people may, despite the cost, be searching for real maple syrup.

Is maple syrup popular in your area?
Posted by bookworm at 5:24 AM