Beware, my reader, of the Jabber Waulkie! 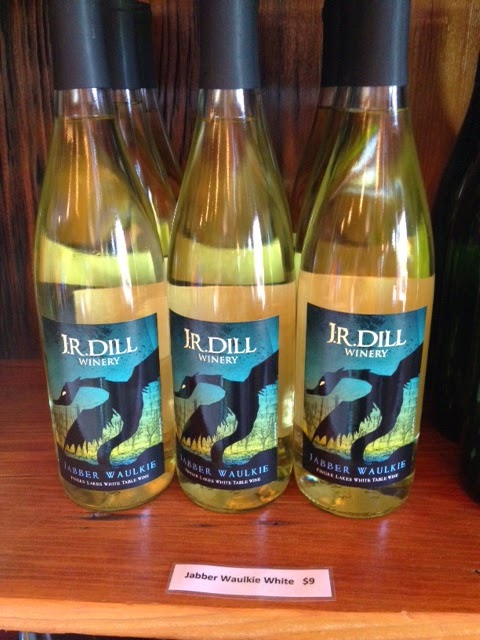 Today is "J" day on the Blogging from A to Z Challenge.  We are almost halfway through this annual April challenge, where bloggers must make a daily blog post (exclusing Sundays) in the order of each letter of the English alphabet.  26 days, 26 letters, 26 days of fun.

My theme is America the Beautiful and today I am bringing you to the Finger Lakes region of upstate New York - Seneca Lake, in particular.

Before I tell you about the Jabber Waulkie, I need to explain a little about the Finger Lakes.   These are a series of some 14 lakes, aligned north to south, and so long and narrow they look like fingers from above.  The arrangement of the lakes makes for a microclime that has milder weather than the surrounding parts of New York, and the clime is perfect for growing grapes.  Someone is even trying to get a tea plantation established, a post for another day. 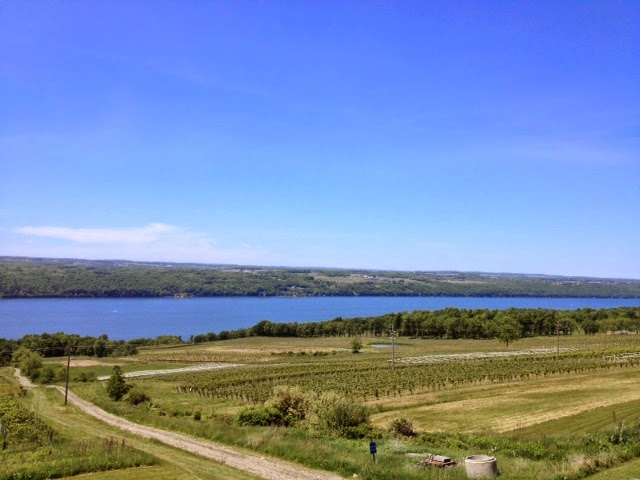 As a result some of the Finger Lakes, such as Seneca (the "middle finger"), have become one of the premier wine making regions of the United States.   In some places along the the Eastern shore of Seneca Lake, you find winery after winery.  If there were sidewalks, you could practically walk (or stagger, after a while) from winery to winery.

And, there is something else about Seneca Lake.  It has its own monster, just like Nessie of Loch Ness and Champ of Lake Champlain.

Its name, supposedly, is Jabber Waulkie.  The Native Americans of the region claimed Seneca Lake was bottomless and had a monster.  In 1899, it was supposedly killed. Or not.  The lake is some 618 feet deep, and the bottom is below sea level, so who knows? 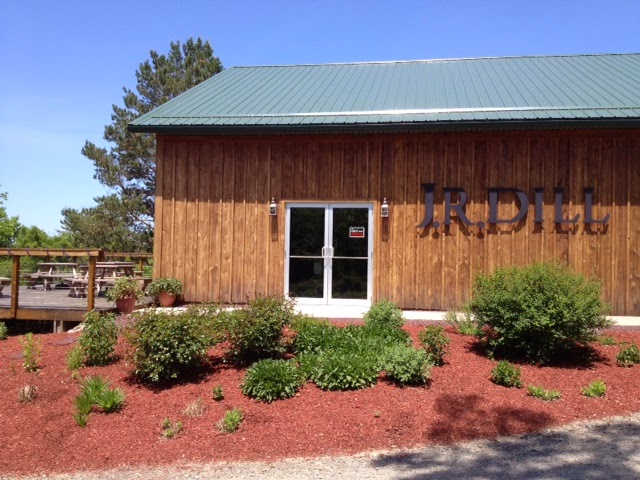 Seems all Internet discussions of Jabber Waulkie point to one winery in particular, JR Dill. What the heck.  I visited the winery, and had some Jabber Waulkie wine. (I liked it.) 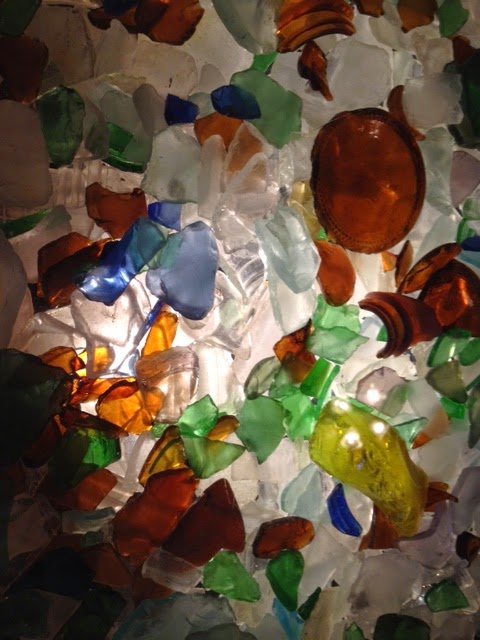 Each winery has its own special touch.  At J.R Dill, their tasting bar has beautiful glass embedded in it.

I highly recommend visiting the Finger Lakes even if you aren't a wine drinker.  If you are interested, I can write some more blog posts about the region.

I wanted to close by giving shout outs to some fellow A to Z'ers.  I've found several interesting blogs in my A to Z journey.  These aren't all of them; hopefully will include some more links next week.

CollectInTexasGal (vintage photos and memories of growing up in Texas)
Rosie Amber
Hungry Enough to Eat Six (food blog, doing vintage cookbooks this month.
And, one I have to give an "R" rating to, but I enjoy this most hilarious (and, at times, raunchy, and totally inappropriate ) blog and its send up of Martha Stewart for the month of April.  The rest of the time she is...well, who she is.  Life by Chocolate.  (Hopefully, no one gets offended.)

Tomorrow-off day, will be my usual Civil War Sunday theme.  On Monday, off to somewhere with a K.
Posted by bookworm at 5:25 PM