Photos taken during June in the Southern Tier of upstate New York, by my guest photographer. 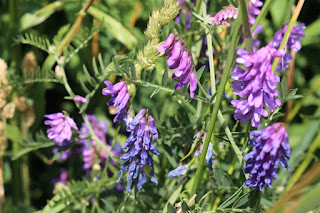 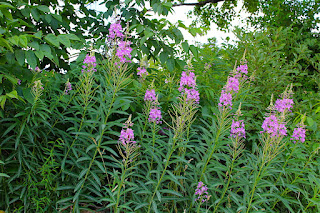 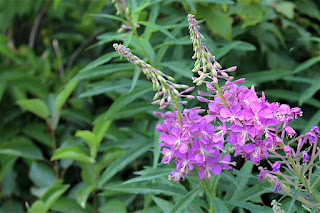 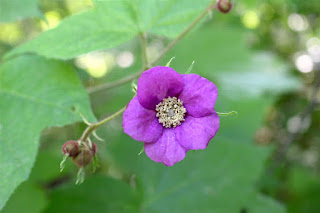 Flowering raspberry (which is not a raspberry) 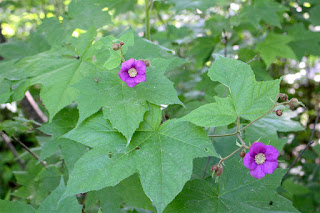 This more far-away shot of the flowering raspberry shows the tell tale maple like leaves. But, it isn't a maple, either.

Alas, June is almost over.  We had some nasty (for us) weather yesterday. 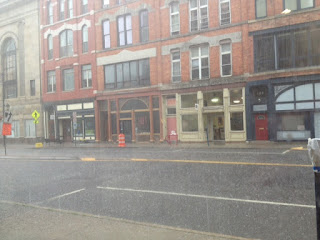 This is what it looked like in downtown Binghamton during the storm. (I'll spare you the picture of the dead frog. )

Today is dawning still overcast.  But it's a far cry from the fatal flooding that has hit a lot of our state of West Virginia.

Weather gone wild. Where will the wild weather hit next?
Posted by bookworm at 6:14 AM