Our fall foliage season in upstate New York is rapidly drawing to a close. 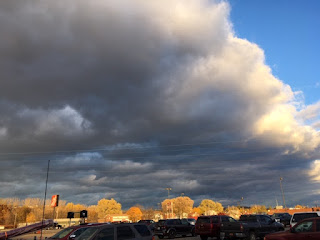 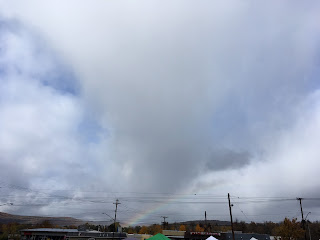 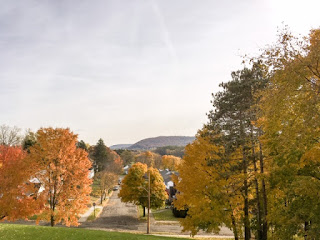 Earlier that day, I saw this view from a parking lot of the senior facility where my mother in law lives. 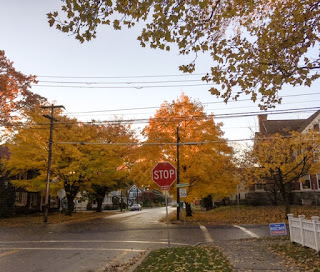 On Election Day, I did some neighborhood walking on the West Side of Binghamton, New York before I voted. 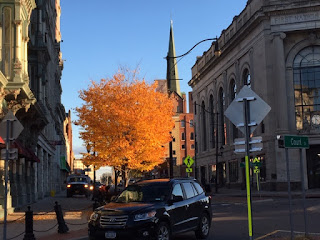 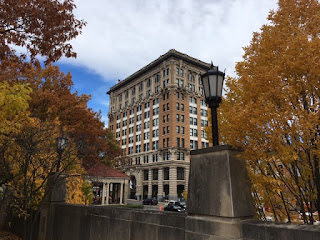 November 7, noontime, an office building was framed between two banks of trees and some clouds. 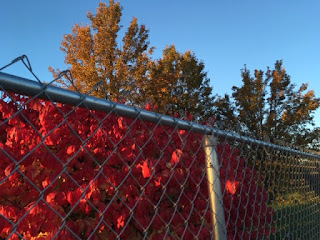 A final (sunny day) golden hour morning shot - a burning bush with Bradford pears behind, this near Johnson City, New York.  Red or blue? Take your pick. (In the United States, a political party identifies with each of these colors.) Nature doesn't care how you voted.

Join Yogi and the sky watching bloggers of #SkywatchFriday, who bring you the best of the sky and nature each Friday.
Posted by bookworm at 4:58 AM