I interrupt my 3 part posting on the Auto Train as spiritual journey to bring you this note to our President, the day after he visited our area.

You were so close to me yesterday and yet so far away.  You and your motorcade, yesterday, visited the upstate New York area where I live.  Presidents visit so rarely here.  This isn't Iowa, where people breakfast with Presidential candidates daily (or so it seems, sometimes.)  I rarely get political and I promise I will keep this non-partisan.

I think the last time a President visited us was 13 years ago. So this was a big deal for us, here in upstate New York.  You thrilled people in Auburn by exercising at the "Y".  You gave a speech in a high school in Syracuse, a city which has, sadly, seen much better days.

So has the area where I've lived for many years, what we call the "Triple Cities" of Binghamton, Johnson City, and Endicott.

You came, and you conducted a town hall in a university and then you sped away to your next stop.  You saw students, and you saw a lot of protesters.  Such is the life of a President.  You can't get out among the people, because that's too dangerous.  It's a lesson several previous Presidents, sadly, learned the hard way years ago.  So everything is carefully planned for you.

But this is what you could have seen, if only you could have escaped from your security bubble and walked our streets. You could have seen people shopping at a farmer's market, enjoying the fresh air (wasn't it nice, yesterday?) and filling their stomachs with good, locally produced food.
When you see this nice picture, also know that there is a food desert a couple of miles away.  I lived, years ago, in the neighborhood where that "desert" now is, on the North Side of Binghamton.  That neighborhood has seen better days, too, and those better days may never return.  They haven't had a supermarket there for years. I'm sorry you didn't get to hear that story.  You should. 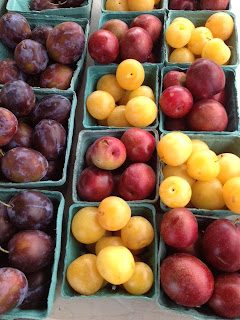 It's nice to talk about college affordability, but people have other things on their mind here.  Jobs.  Health insurance.  Fracking.  And yes, food. Affordable, high quality food. 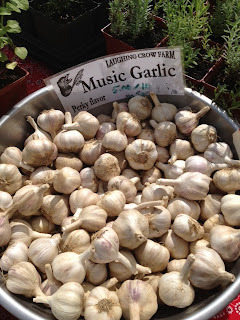 This would have been music to those Binghamton residents' stomachs. 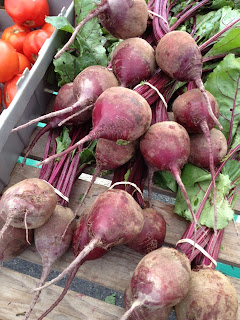 And these beets and tomatoes would have been so welcome on tables, too.

It would have been nice if you had seen what committed people are doing to try to relieve the food crisis here, with an organization called VINES.  They will be selling at another farmers market today. 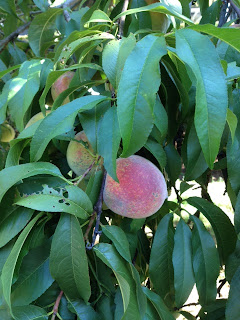 I could have taken you on a walk.  You could have seen fruit trees growing on the West side of Binghamton.... 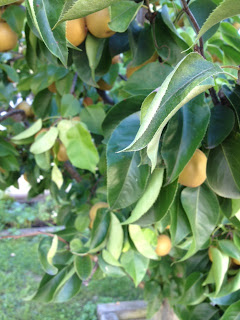 And a fruit tree my neighborhood near Johnson City. 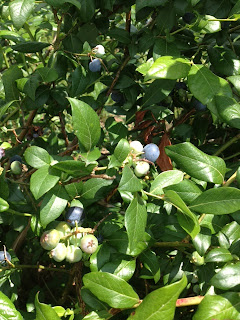 And even a blueberry u-pick operation. (Last week for blueberries!)

Still, I'm glad you came.  Everyone I spoke to yesterday, regardless of political affiliation, was also glad that you came. It will probably be a long time before any President shows up in our Triple Cities again, as I said earlier.

But, Mr. President, you really need to truly get among the people.

Maybe next time?
Posted by bookworm at 6:52 AM