It is time to order our seeds for our 2014 community garden, here in the Binghamton area of upstate New York.

We look through catalogs, and ponder, and know that this year's garden will be the best ever.  There will be no drought, no rotting from too much rain, no insect pests, and no critter damage.  Everything we plant will come up, will flourish, and we will harvest record yields of everything.

You must be an optimist in order to garden.

And, your heart must beat faster when you see something new.  Will you try it out? 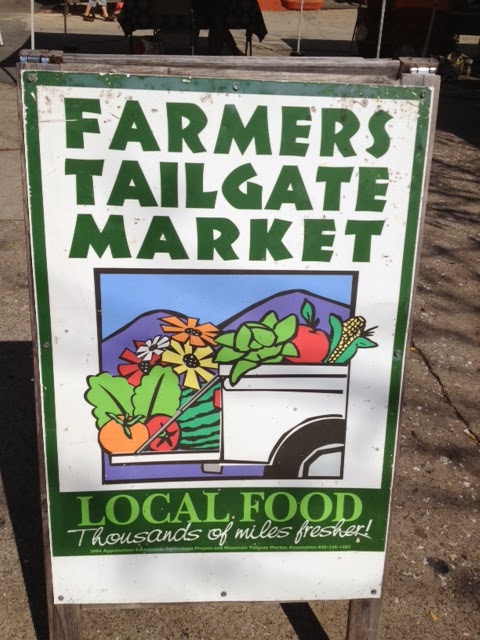 Two Septembers ago, we visited Asheville, North Carolina and had the opportunity to visit several local farmer's markets - or, as they call them there, tailgate markets. (Unlike New Yorkers, North Carolinians reserve the term "farmers markets" for markets held in permanent structures).
Even if there isn't a tailgate in sight, tailgate markets they are.

In a North Carolina market, you will find products and produce you won't find in any upstate New York market.  That's part of the fun of travel.

Some vendors were selling something called a greasy bean.  We saw them for sale, but because we had no cooking facilities in the B&B where we were staying, we couldn't try them.  What they are is a pole green bean, without the tight fuzz you find on the pod of the typical green bean.  This gives them a shiny, or "greasy" appearance.  We were told they had excellent eating qualities, and that they were a bean grown in certain areas of the southeast, including Kentucky, and western North Carolina. 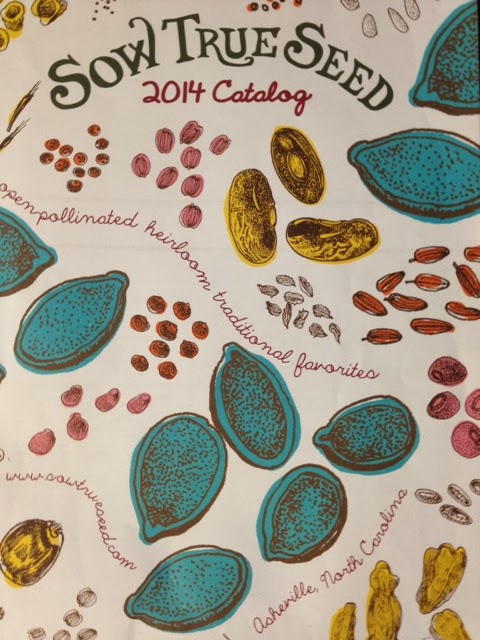 I must have signed up for this catalog somewhere when visiting Asheville, because the last two winters I have received an Asheville seed catalog called Sow True.

Last year, we didn't buy very much mail order,but this year, I decided we needed to support some of the smaller, non GMO catalogs.

So I opened up the Sow True catalog and what did I see:  Greasy beans.

The world of beans is fascinating: there are so many kinds to choose from. We've lived in several parts of the United States over the years, and have tried some of these varieties (when we lived in Kansas, we grew dried beans and in Arkansas, we grew yard long beans and crowder peas. ) But here in upstate New York, we do have a shorter growing season (perhaps 150 days) than Asheville (I would estimate between 185 and 195 days).  So, our first question was:  will these greasy beans even grow here?

We don't know. Some greasy beans, for example, have been grown in the Pacific Northwest with varying degrees of success.  But greasy beans here?  I've never seen them in any farmers market, not that I've been to every one in this area.

Again, I don't know if they will succeed.  But my heart says we should try.  Why not? Isn't experimentation part of learning?  What do we have to lose but some space in our community garden? And, if we succeed, we have a food unavailable locally at any price.

Have any of my readers tried to grow greasy beans outside of their normal Appalachian range?
Posted by bookworm at 5:49 PM