We've had another fire in downtown Binghamton, New York. It broke out about 7:30 Wednesday morning, and rapidly spread through the below four story building filled with furniture.

Downtown Binghamton was quickly filled with smoke. Wind, fortunately, blew it away from where I work, but our high school and some other businesses had to be evacuated.  The smoke was visible for miles. 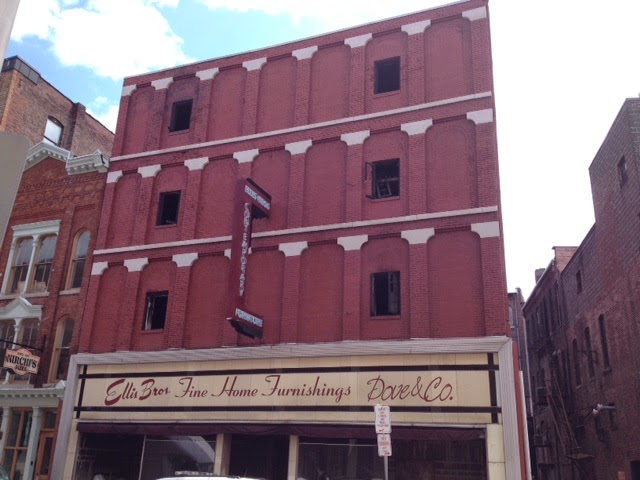 Ellis Brothers has been in business since 1900.  The building doesn't look in bad shape in this photo, taken a day after the fire, but, in fact, the building was seriously damaged.  There's a possibility that the building may have to be demolished. 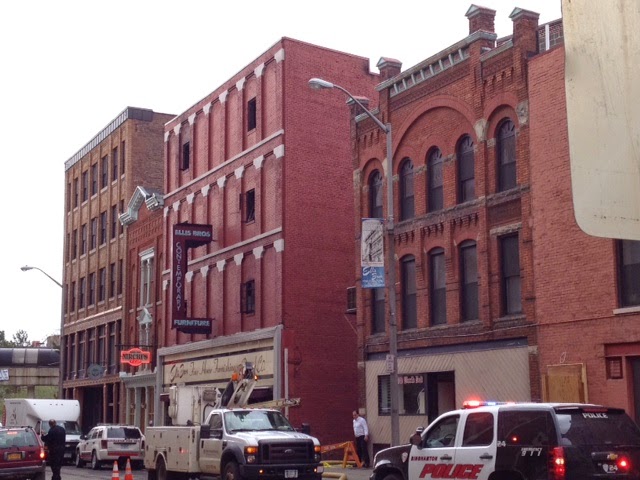 This is the block the building is on, with other turn of the century (the 20th century, that is)  historic buildings on both sides.  Downtown Binghamton has so much promise and so much interesting architecture. 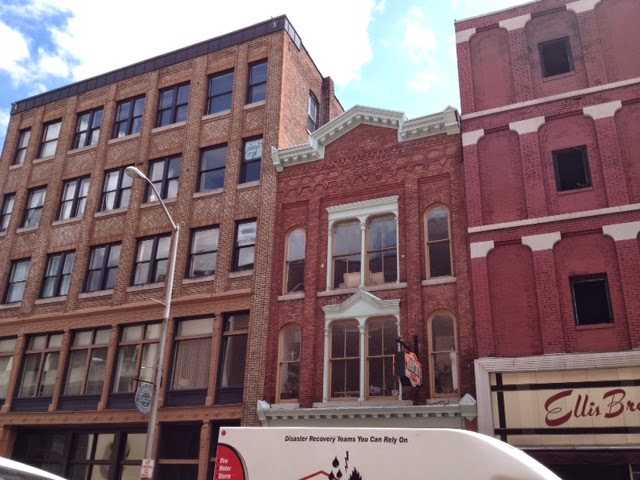 The Ellis family isn't giving up. Today, a restoration company had a truck at the scene.


Downtown Binghamton has seen its share of fires, some of them tragic.  Fortunately, no one was injured in this fire.  Physically, anyway

I have no doubt that the local business community will embrace the Ellis family, because that is what people in small cities throughout our country do - rally at times of tragedy.  Of course, enough of us gathered near the building yesterday to check it out, because that is also human nature.

I hope I don't have to blog about another fire for a long, long time.
Posted by bookworm at 6:24 AM

Email ThisBlogThis!Share to TwitterShare to FacebookShare to Pinterest
Labels: Binghamton