They are nearly done in my upstate New York garden. But these irises have a little bit of a history about them, and they may even have more of a history than I suspect.

Maybe.  But I really don't care.
How I wish you could smell these flowers.  Since I can't bring you smell-o-blog, I can bring you the story of how I came to own these irises.

In the early 1990's I worked with a woman. Newly hired by our company, she quickly hit it off with all of her co workers, including me.

One day, she brought me some irises dug up from her garden.  "For you", she said.

"These are Kool Aid irises", she told me.  "When they bloom they will have the most delicious fragrance. Some people liken it to grape kool-aid and others to grape soda.  And, on occasion, they have rebloomed for me." 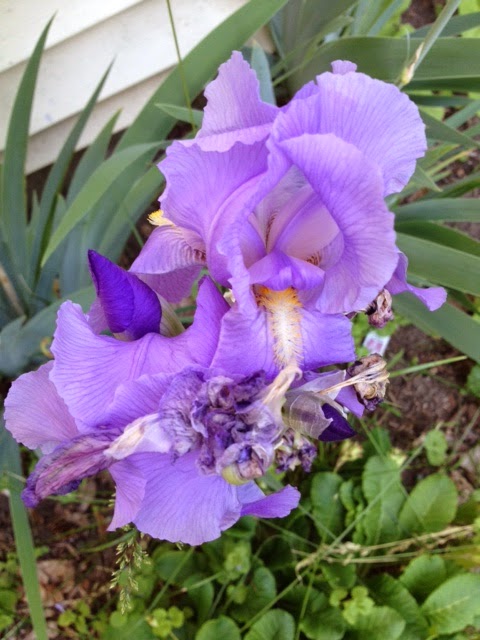 I've grown them ever since.  They bloom in late May or early June.  Right now, we still have them but maybe for another day or so.

A post from a local garden blogger to the east of me got to thinking exactly what my Kool Aid irises were. Are they, perhaps, a heirloom, like her white irises are?

I wonder if they are Iris pallida. Their roots, along with roots of a couple of other irises, are used to produce "orris root" powder, an ingredient of potpourri.  (I haven't made potpourri in years, but it's never too late to start again.) 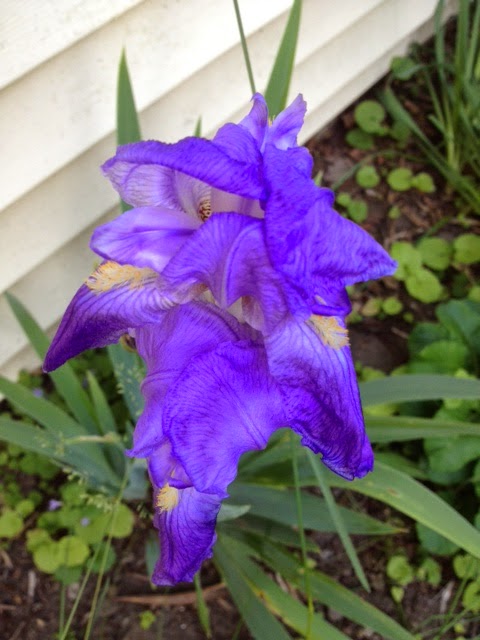 If they are Iris pallida, they are a bearded iris that originated in Croatia. And, even better, there is a variegated variety.   Although, one time, I tried growing a variegated iris, type unknown,and it didn't overwinter for me.

Heirloom or not, I love my Kool Aid irises.  They are hardy, reliable, and deer don't touch them. Although, at one time, we weren't concerned about deer in our urban garden, we've seen deer wandering a block or two away in the past few months.  The one thin they've never done for is rebloom, but that would only be a nice bonus from a lovely iris worth having.

My co worker moved out of the area years ago.  But I'd like her to know, wherever she is now, that her iris rhizome gifts are still blooming annually for us.

Do you know anything about this kind of iris?

Tomorrow - another post about autism.
Posted by bookworm at 6:23 AM