Summertime and the Writing is Haiku

In summer, each breeze
Tells us to enjoy the now
As winter awaits 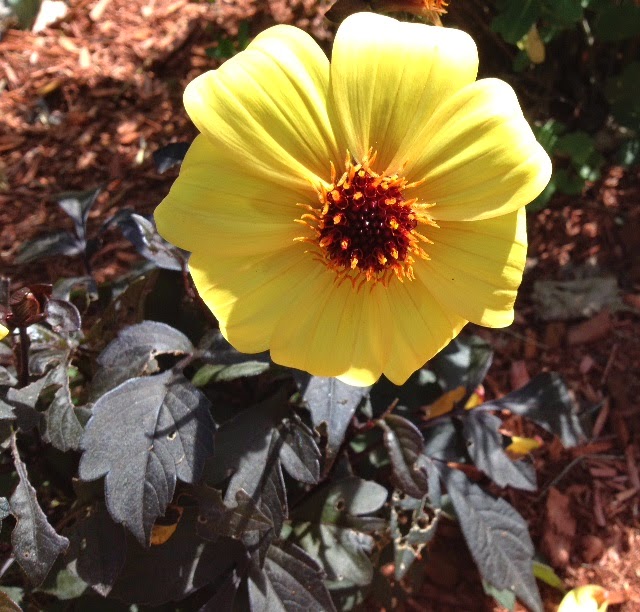 Saturday, on the first day of summer, I took a picture of this yellow dahlia in my front yard.  It was a day made for poetry, a poem with a 5/7/5 word structure.

In the 2014 FLX/WordCount Blogathon I am participating in this month, a tradition is Haiku Day. I've been writing a haiku each year since 2011 for the Blogathon.  Mine will probably never be ready for glory, but I do have fun.

But, getting back to my haiku for today:  it is not a true haiku.    Nor is a lot of what you find "haiku" true haiku, including the contest I blog further about below.

Instead, I more tend to write in photography-visual images.

This was my back yard a mere three mere months ago.


As I sit in the yard, on a beautifully sunny first day of summer, gentle breezes blow.  Birds sing.

The birds sing (in my imagination) "Enjoy the day, the hour, as none of us know how much longer we will be here to enjoy this world.  And that is why summer is fleeting.  If summer were year round, would you hold it close?  Or would you think it commonplace and boring?"

I am still an amateur at writing Haiku. Someone I've known for years, though, had a few minutes of fame with a New York Times Haiku Challenge.

This person reads my blog, so I wanted to give a little shoutout to this person, a lifelong resident of New York City.   I sometimes read haiku on that person's Facebook timeline.  Maybe I should make haiku a habit, too.

Have you ever tried to write haiku?