What's the Next Best Thing to an Auctioneer Checkout Clerk?

Can you imagine an auctioneer as a checkout clerk?

Neither can I, but a large farm stand in Bainbridge, New York, has the next best thing.  And I so wish I had a video of him in action.

Frog Pond Farms, I'll be the first to admit, is a mixed bag.  Not all the produce it sells is locally produced.  Not all of it is high quality, either., I'm sorry to say.  You have to be careful.  But, especially if you buy in bulk, the savings can be amazing. 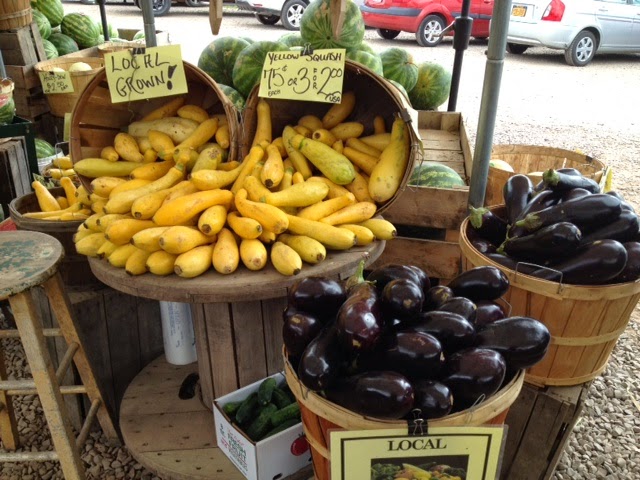 And people come from miles around to buy there.  We've been there three times this year.  They do label the produce as local if it is local.  If it isn't marked, it isn't local.  You can buy local, or not, as you choose. 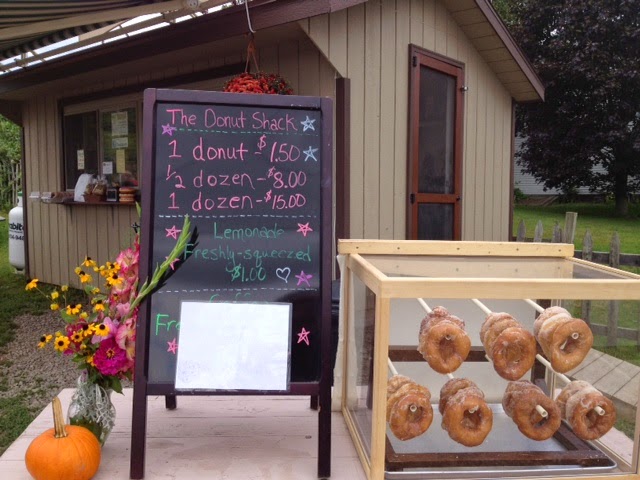 Despite its shortcomings, I still like the place.  Even on a Saturday, when it is so crowded you can barely move, I like it.  There is a corn pit where children can play.  There are pigs for the children to watch.  There are local cheeses, and fresh eggs for sale.  There is a donut stand.  I'm not a fan of donuts (a holdover from a long ago job in a donut store) but donuts are perfect for this type of store.

Frog Pond lets you sample the produce if you want, as long as you eat it on premises.

The best attraction of all, I think, is the man who works there at the checkout, weighing, calling out the prices in a stylized sing song like an auctioneer, and adding them all in his head. He does the weighing, too.  He's been there for years and I wish I knew his name.  In fact, I wonder if he is the owner. Not too many people do mental math in public anymore. I wonder if he has children, and if he's taught them that skill. 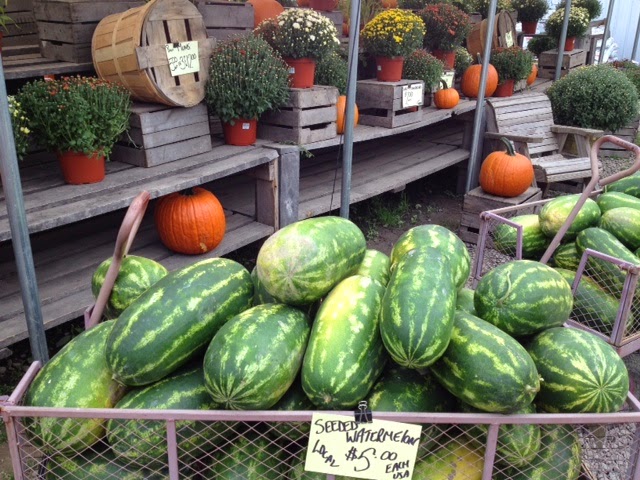 I wanted to bring you some of the magic of Frog Pond, as we transition from summer to fall.  I don't make that transition without a lot of kicking and screaming.  These pictures, in fact, were taken the last week of August, but you can see the transition in these pictures. 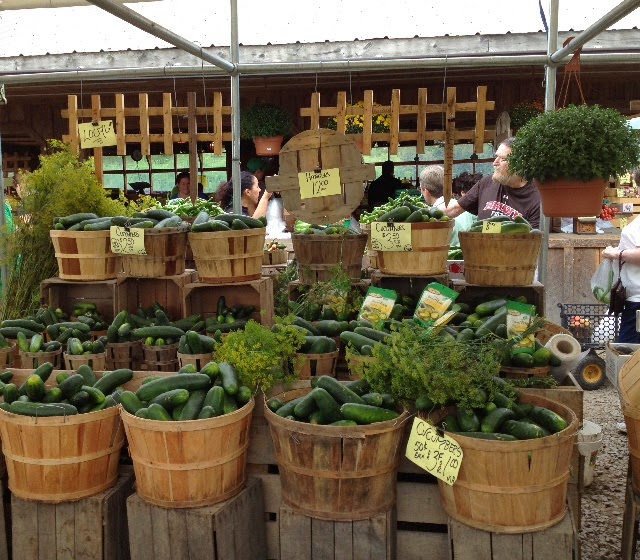 We aren't that far from frost now. 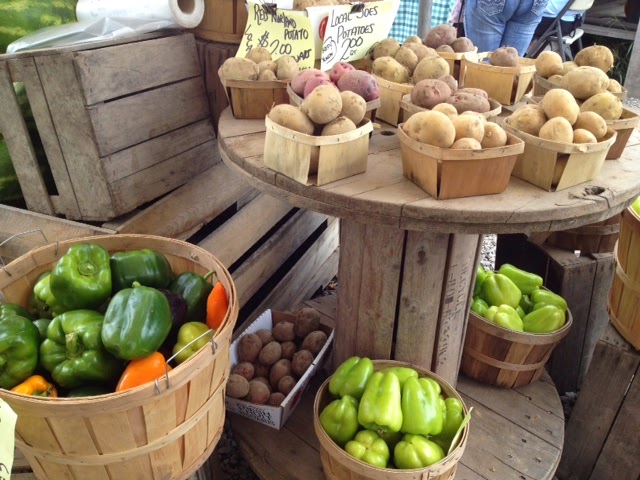 If you went there today, you would find grapes, winter squash, pumpkins, and mums, and lots and lots of apples.

And a man who, perhaps, should be in the next Geico commercial.

Do you have a favorite farm stand?  Or a favorite checkout person where you shop?
Posted by bookworm at 4:34 PM