Where Early the Sweet Birds Sang

The birds were singing sweetly and energetically in a nearby parking lot when I started my exercise walk yesterday. 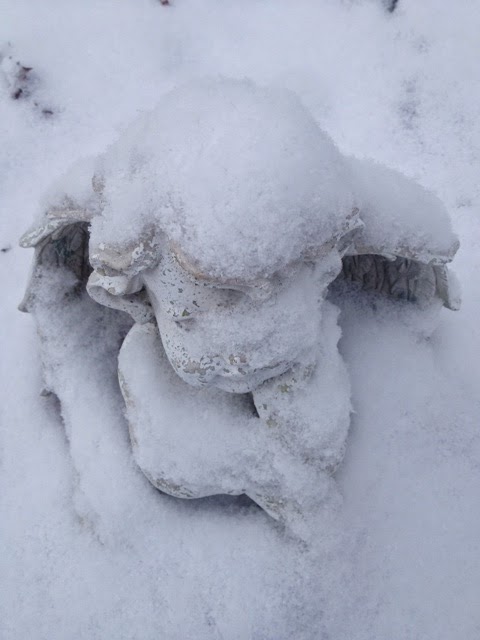 It was a winter Sunday in upstate New York.  The day before, a thin snow had covered everything.  My little snow angel statue in my back yard stared at me, deep in thought, perhaps wondering what would happen next.

Today, the scene was totally different.  DIFFERENT is my word for 2015 and even the weather was paying attention to my word.

This was the scene I saw just a few hundred feet down the trail off to one side.

You usually don't hear masses of birds singing in early January here, and I was wondering what it all meant.  DIFFERENT.  We do get January thaws here, but this is not the normal type of thaw.

The rivers are not frozen.

A friend who lives out in the country told me she had seen a bear last week.  Aren't they supposed to be hibernating by now?

Perhaps not.  This winter has been so up and down it is making me dizzy.   I wasn't wearing a coat or even a jacket as my spouse and I walked our four miles.  The temperature made it to 50 (10C). The snow had mostly melted. 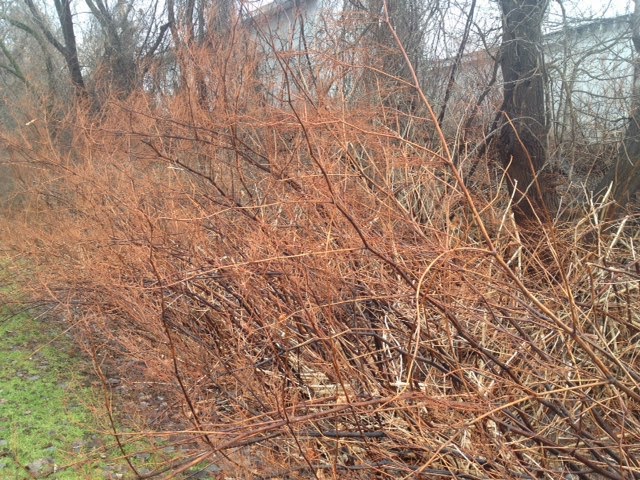 It was so nice to be walking outside for a change, instead of in the local mall with its stale air, hard floors and scents of perfumed candles and potpourri. The grass was still green.  Knotweed (hardy bamboo) glowed brown, almost like sap was running in it. 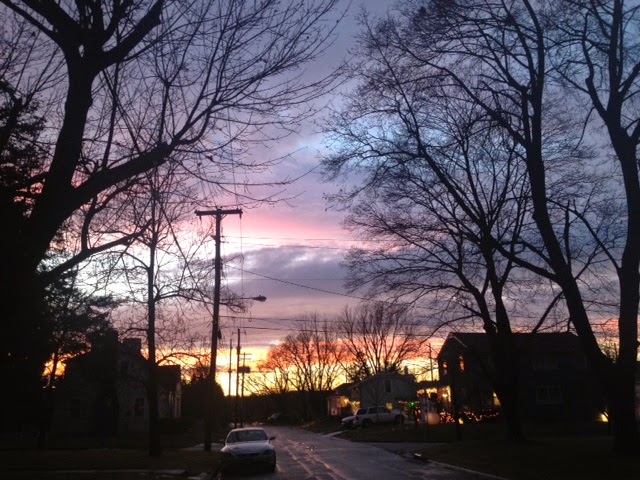 Later, nature treated us to a brilliant sunset.

I do not know why the sweet birds are singing.  I don't think it was just the warm day.  I wonder if the birds know something we humans do not.

If they do, though, they (and we) will have to wait.  It's in the 20's, with howling winds, right now, and by Wednesday night, we are predicted to be down near zero (F).

What's the weather like right now where you live?
Posted by bookworm at 6:54 AM