Today is C day at the Blogging from A to Z Challenge,and, sadly today's letter is no challenge for me at all.

My theme is America the Beautiful.  But sometimes, our beautiful country has a moment of tragic ugliness.

On April 3, 2009, a gunman burst into an adult education classroom at the American Civic Association, blocks from where I work in downtown Binghamton, New York.  Within minutes, 14 people (including the gunman) were dead.

My first blog post, April 10, 2009, was taken from an email I sent to some friends after receiving phone calls and emails asking if I was all right.  It wasn't quite an eye witness report, but you can, if you want, call it the impressions of someone on the fringe of a tragic event. 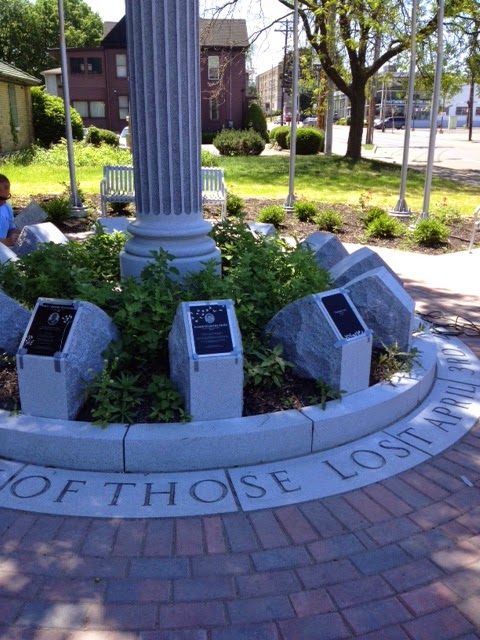 Today, a monument on the edge of downtown Binghamton, New York commemorates the lives of those lost.


Through the months and years, I've blogged about the aftermath of the shooting a number of times.  I didn't know any of the dead personally, although I work with someone whose mother in law was in the building (she wasn't injured, but spent hours hiding with others in a room, until rescued by police).  In some way, it  changed the lives of everyone living or working in Binghamton  Additionally, for me, it was the triggering event for starting my blog. 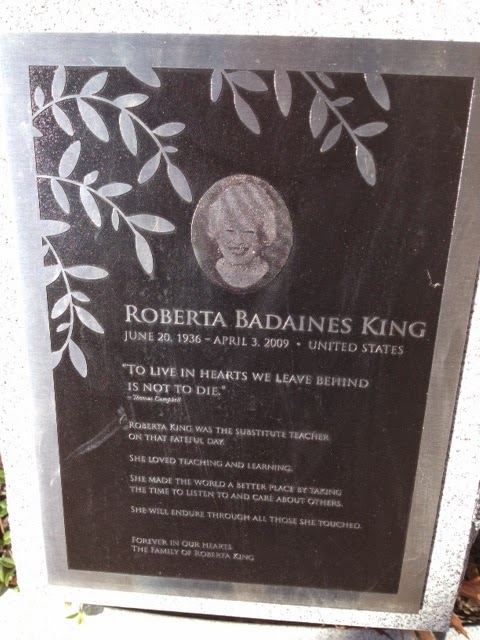 Roberta King, a mother and grandmother, was the teacher - a substitute teacher, at that.  She took the class from the normal teacher, who had taken the day off to celebrate her 40th wedding anniversary.

Those who died that day (I refuse to call them "victims") came from all over the world.  Here are some of the monuments to the dead. 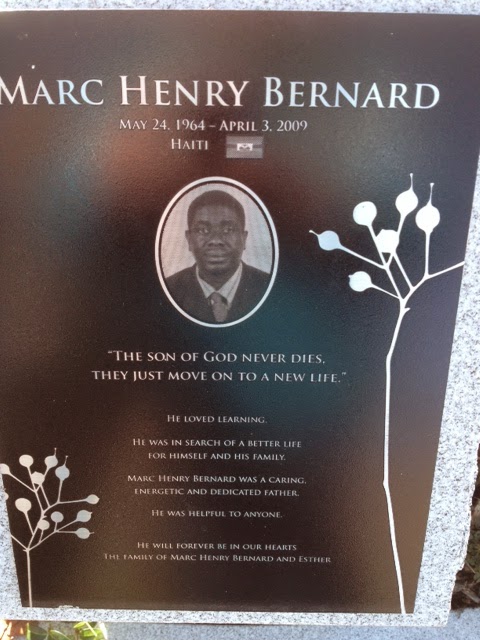 Marc Bernard and his wife came from Haiti to seek a better life here in Binghamton. 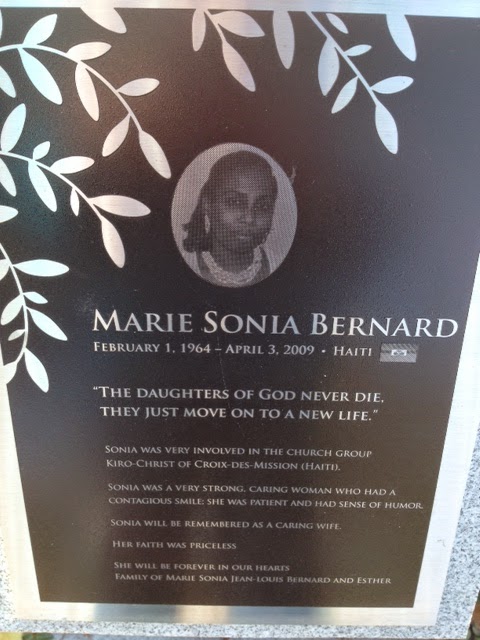 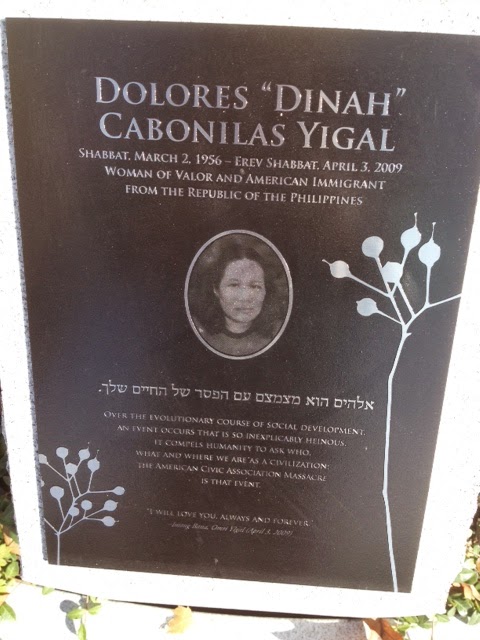 Dolores Yigal came from the Philippines. 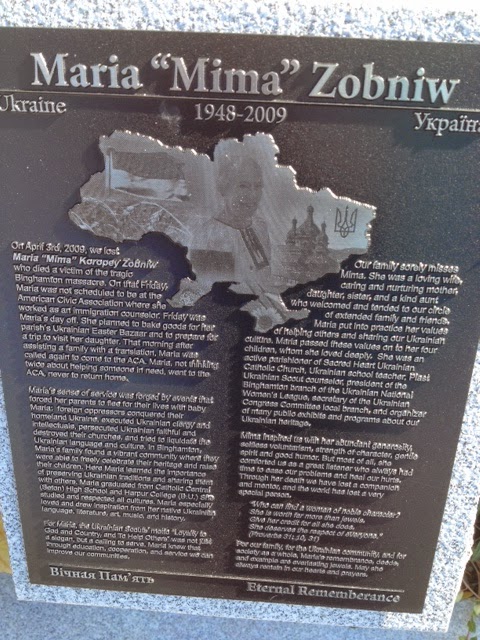 And Maria Zobniw came here as young child from the Ukraine.
Although I don't show the monuments of all the dead, they are all cherished and remembered today by our community and their families.

In a way, it is hard to believe that six years have passed since that day.

Is there a special day (good or bad) in your life that you commemorate?
Posted by bookworm at 6:36 AM

Email ThisBlogThis!Share to TwitterShare to FacebookShare to Pinterest
Labels: A to Z Challenge, Binghamton Shooting