Is it Fall or Is It Winter? #SkywatchFriday

Today is the last Skywatch Friday post of the fall and the first of winter. 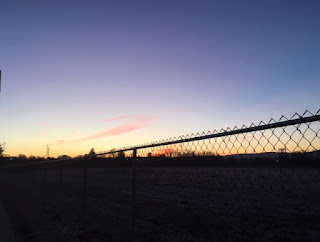 There is something magical about the time around sunrise, whenever the sky is clear here in upstate New York.  Those days are precious and few, and are celebrated, such as this sunrise yesterday. 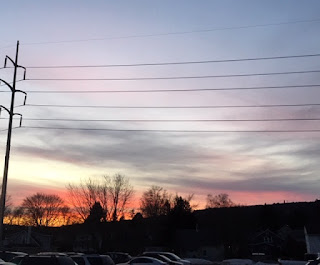 I wasn't in time for sunset, and didn't get the best of it. 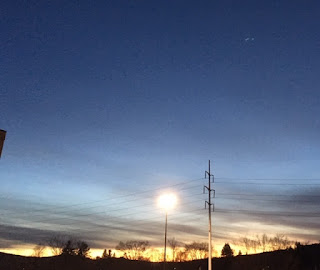 A few minutes later, the red had faded to yellow (the light in the middle is a streetlight).

But sometimes, when it is almost night in a major city, the sky can be just as fascinating.   Not only that, cityscapes can be the most fascinating of all. 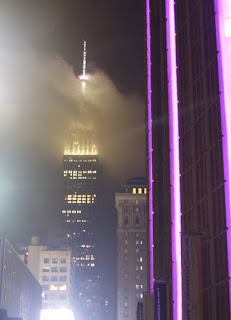 These two photos of the Empire State Building in fog were taken by a blogger, Bonnie, who blogs at a blog called Frogma, and I use these photos with her permission.  I grew up in New York City but haven't seen Manhattan at night in many years. 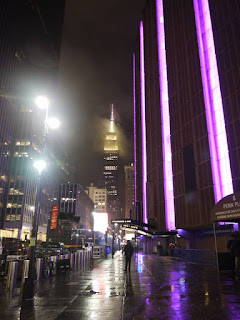 I invite you to read the Frogma blog to see different views of New York City that the average tourist would never dream of.  Like the post featuring these photos.

Maybe one day I'll see New York City in the holiday dark once again. Until then, I'll enjoy the skies of upstate New York just fine.

Join Yogi and the other bloggers who watch the sky each Friday at #SkywatchFriday.
Posted by bookworm at 2:02 AM