My "B" post for the Blogging from A to Z Challenge was a natural.  My theme is "New York State" and, for over 23 years, I worked in downtown Binghamton, New York.  I would still be working there except for the pandemic.

I took so many pictures of Binghamton's downtown over the years, mostly on my lunch break.  Sometimes I would be accompanied by one of my two long time work friends.  One is retired and doing well but the other, sadly, retired partially due to health issues and passed away several months ago.

So, I will dedicate today's post to both of them.

Binghamton is the largest city in what we call the Triple Cities of the Southern Tier of New York.  We are about 20 minutes away from Pennsylvania.  The other two "triple cities", Johnson City and Endicott, are not cities, but villages.  Binghamton is the county seat of Broome County and has a population of about 43,601 as of 2020.  At its peak (1950), our population was 80,674.  IBM originated in our area, and the flight simulator was invented here.

We've seen better days, but I also think we have better days ahead of us. 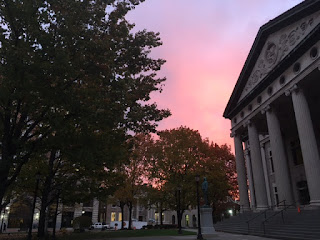 First, we need a couple of sunrises.  This and the next photo were taken November 1, 2019. The building to the right is our county courthouse. 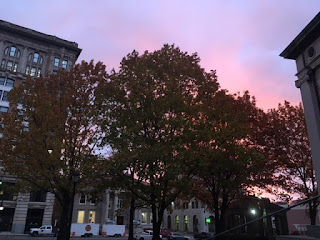 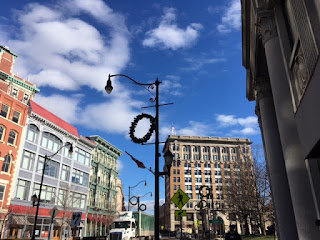 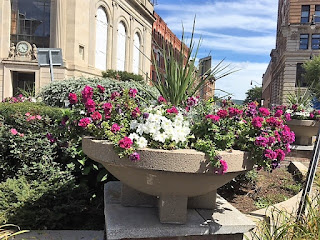 September 2016. (the white paper in the building to the left was there because of a projection festival to be held after sundown.) 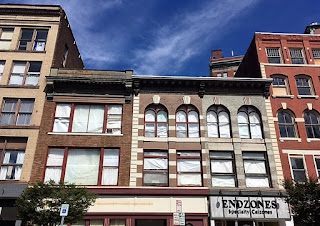 Another photo from that day, with the white paper. 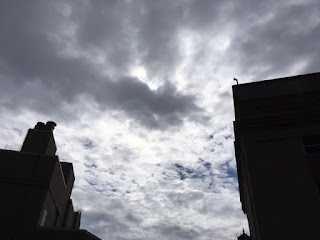 One of the last photos I took before the pandemic. 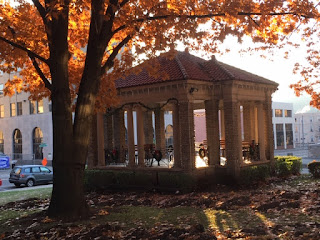 One last view of downtown from near our county courthouse. 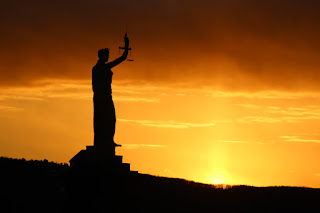 It's time to go.  Our workday is over. The sun sets over Lady Justice on top of the courthouse.

Joining with Yogi and other bloggers who watch the sky for #SkywatchFriday.

Email ThisBlogThis!Share to TwitterShare to FacebookShare to Pinterest
Labels: Binghamton, Blogging from A to Z Challenge, New York, Skywatch