Is There Such a Thing as Too Much Pumpkin?

(and, at this time of year, overcast clouds go together with fall in upstate New York like.... but I digress).

What is a pumpkin?  It is a  Cucurbitaceae, or a squash, related to melons, gourds, and cucumbers.  In the United States, until recent years, orange pumpkins were the most popular. Now, white pumpkins are also gaining in popularity.  And, heirloom pumpkins are making a comeback - green, warted, flattish, and others.  There are miniature pumpkins for tabletops, smallish pumpkins ("sugar" pumpkins) for pies, large pumpkins for carving and huge pumpkins for growing contests  and punkin chunkin.

Pumpkins are used in other parts of the world, too, in various ways from decorations to soup.

I have never grown pumpkins, because they are far from my favorite food (although I love other winter squashes, especially butternut, delicata and acorn), but they are easy enough to grow, especially where I live in upstate New York. 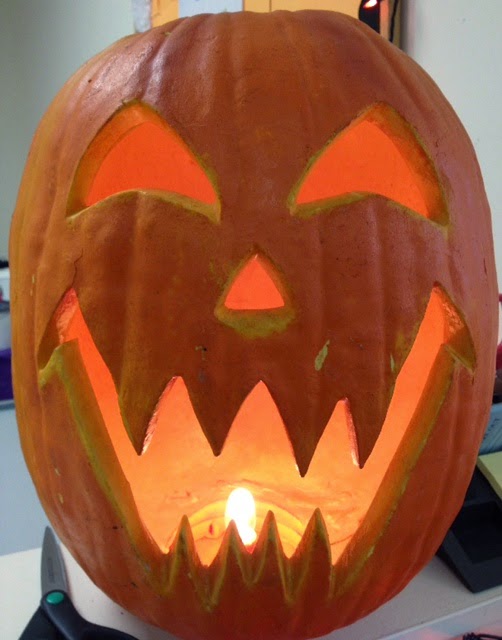 Now, in upstate New York, and elsewhere in the United States, everything seems to have pumpkin in it, whether you want it or not.

How did eating punkin-I mean, pumpkins-get to be so popular?  Yes, I know the flesh is nutritious, and the seeds are nutritional powerhouses. But still?  That taste?

Do you like to eat pumpkin flavored foods?  Or do you hope this is a fad that will go away?  Or, is pumpkin not eaten where you live?
Posted by bookworm at 6:21 PM