Local Saturday - The Once Loved Book

The book was lying there, in our library  It was old, stained, and starting to fall apart.  But once, it had been one of our most beloved books. 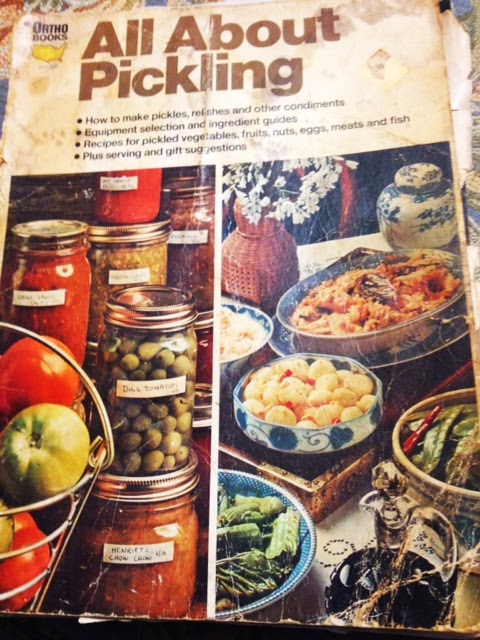 The recipes were so inspiring.   We learned that the world of pickles was so much broader than those pickled cucumbers we bought in the supermarket. 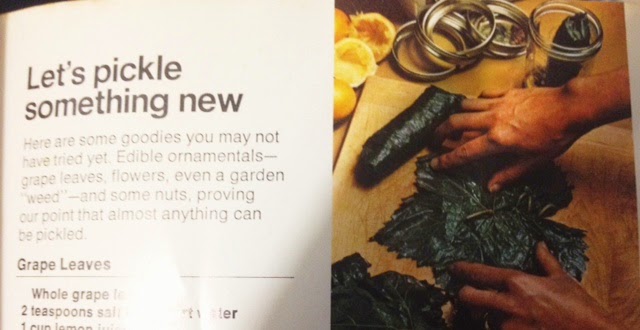 We had three gardens on our land, and a lot of our summer (when we weren't working at paying jobs) were spent growing, harvesting, and preserving.  Sometimes, at the height of summer, we would be up to midnight, canning, freezing or refrigerating.

We made mustard pickles, pickled eggs (from eggs laid by our hens), jardiniere, marinated mixed vegetables, and carrot pickles.  We made (and still make) salsa. We never did make the pickled fish, though.

My spouse and I were decluttering - going through our library to see what we should dispose of.


My spouse put the book in a pile for the garbage.  I took it out.  It had been years since we had made any of the recipes, but there were too many recipes in the book.

I don't know if we will ever do anything with the book again, but I did look it up online, hoping to get a better copy.  It turns out the book has been out of print for many years.  I saw some sellers offering the book for $70 (or more), so it is unlikely we will ever be able to replace it.

I don't know if all the recipes would be considered safe, using current canning guidelines.  And, pickling recipes are just an internet search away.

But this book is a part of my life, and I just can't throw it away.

Have you ever thought that way about an object?
Posted by bookworm at 3:54 PM

Email ThisBlogThis!Share to TwitterShare to FacebookShare to Pinterest
Labels: gardening