The Shack That Lost Its Way


Once upon a time, there was a store called Radio Shack.  They had been in business for something like 90 years.

You could buy so many things there.  One nice thing about Radio Shack was that it was a chain, but they had local neighborhood stores.  You could find one close to your house, and get supplies you needed for hobbies and more.  My father was an electronics hobbyist when he was young.  My son, who never knew his grandfather, followed in granddad's footsteps.  Radio Shack sold educational kits, amateur radio supplies, solder, transistors, and more.

My son played with a primitive educational device I bought there.  He played with their RC cars.  He built a crystal radio from one of their kits.

Their commercials are part of our living history.  Have a listen.

The cell phone, circa 1990.  Things had gotten a little better, it would seem.
Home computers from the 1980's.

So many historic commercials and catalogs to learn from.

I used to be one of their customers, many years ago.  But, somewhere along the line, they lost their way. They stopped doing what they did well, and became indifferent to their customers.

I haven't been in one of their stores for years, except to buy specialty batteries. 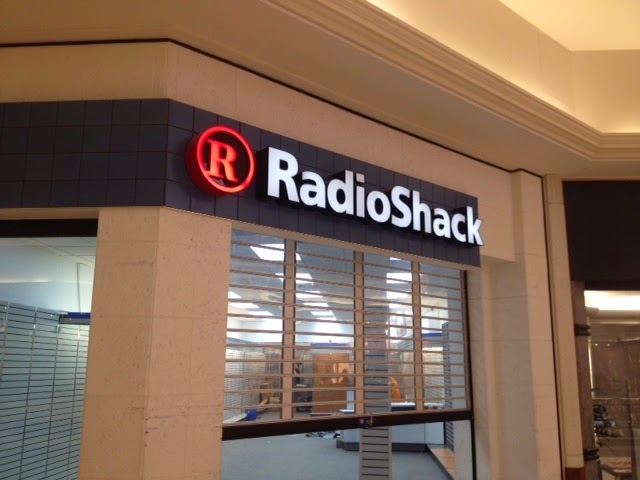 Several days later, most of our local stores were closed.

Another "icon" of my childhood, lost forever.  Except, it's been gone for years.

This just made it official.
Posted by bookworm at 6:34 AM