The polar vortex has returned, and millions in the United States are in its grip.

Here in upstate New York, things are not that much out of the ordinary.  (I want to assure my readers that what you've been hearing about Boston is NOT happening here.  Crossing fingers that it doesn't, either.) 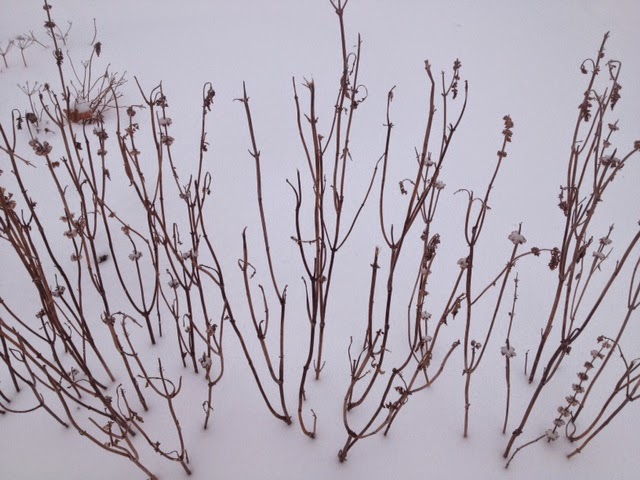 Remains of basil peek above snow. 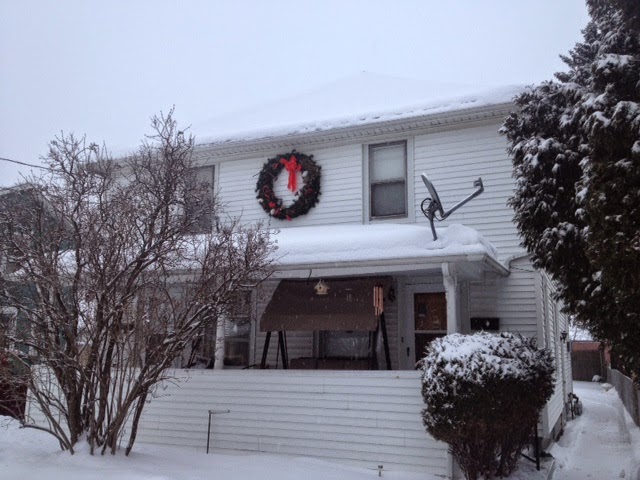 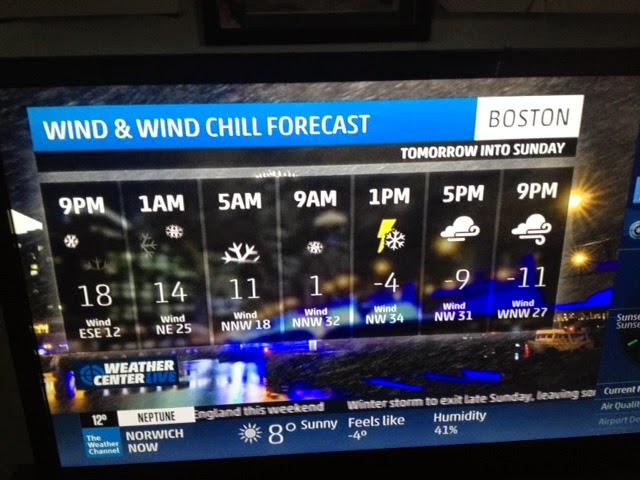 But winter has become serious business for many.  Boston is buried - 90.5 inches of snow (almost 230 cm) since January 24.  As I live on the edge of the snowbelt, I've seen that kind of snow (and more), but not all in a three week period.

People are going to war over parking spaces that took hours to clean out.

The mayor is asking people not to jump from their windows into snowbanks, saying "This isn't Loon Mountain".  Swim suits seem to be a uniform for that activity.

Weathermen are starting to apologize every time they must forecast snow.

The elevated trains have shut down and commuters face up to four hours commutes.

On Saturday, thundersnow (yes, thunderstorm) was predicted by 1pm.

The resulting thundersnow video fascinated a baby who, apparently, hasn't learned to hate snow yet.

Boston is buried, and may not be found again until summer.  In the meantime, Boston has asked points south to stop whining about shutting down during smaller snow totals.
It does make me think fondly of Florida.  It made Ithaca, New York think of Florida, too, as a tourism website promoting Ithaca encouraged visitors to visit Key West, Florida instead.

No doubt about it.  In the Northeastern United States, we are tired of winter and the polar vortex.

For the second day in a row, I beseech spring:  please come back.  Soon.  Whatever we did wrong, we're sorry.  We won't do it again, ever. We miss you.

Not that I'm whining, Boston.
Posted by bookworm at 6:17 AM