Yes, I admit this is a weird combination, but today is both Skywatch Friday and "H" day for the Blogging from A to Z Challenge.  There is an important story connected with my theme, New York State, that needs to be told.

So, as you look at the sky, I hope you'll stay for the story of Safe Haven, in honor of Holocaust Remembrance Day, which was yesterday.  The story of Safe Haven in Oswego, New York is part of the history of our country that many don't know, and should know.  I grew up in New York City and never heard of it until a couple of years ago.

Welcome to Ft. Ontario State Park, Oswego, New York, near the shores of Lake Ontario.  Ft. Ontario has the distinction of having seen military service in every war our country has been involved in, up to and including World War II. 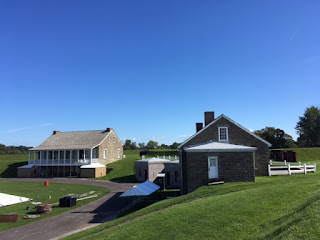 But it also completed a special mission that many people alive today are not aware of. 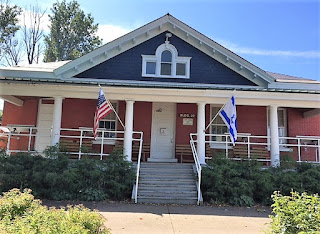 World War II created millions of refugees as war raged between the Nazis and the Allied Forces, including the United States.  In 1944, then President Franklin Roosevelt signed an order permitting a group of mostly Jewish refugees from Europe to come to the United States.  Other than the invite, they had no legal right to stay here.  In fact, they had to sign an agreement to leave our country at the conclusion of the war.

Some 982 refugees made the journey to Ft. Ontario and Oswego, New York.  There, they were to spend nearly two years in a type of limbo at the Ft. Ontario Emergency Refugee Shelter, as it was called.  It was the first, and only, refugee shelter set up during World War II in the United States.

These refugees came mainly from Austria, Czechoslovakia, Poland, Yugoslavia and Germany.  Some of them had already been refugees for well over five years.  Some had been tortured.  All of them were hungry, malnourished, and scared.  The ship journey to the United States had left many of them with major seasickness. 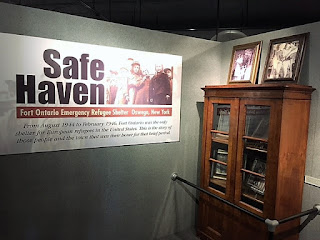 At the camp, they lived enclosed by barbed wire.  They were "guests" and not permitted to work or leave the camp for the first month or so.  Eventually, the refugee children (all ages were at the camp, including children and the elderly) were able to go to school in Oswego.  Residents of the city brought the refugees food.  A couple got married.  Volunteers taught them English.  They published a camp newsletter for themselves.  They dreaded their first winter up in the snowbelt of New York State, but made their way through. 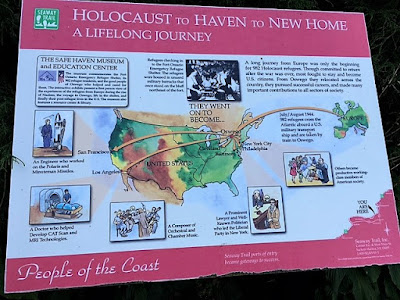 After World War II ended in 1945, the refugees' legal status remained doubtful, but eventually, they were allowed to stay in the United States if they wished.  The camp then closed in early 1946.  A 50th reunion was held in 1994 and a commemoration of the 75th anniversary was held in 2019 with 19 former refugees and their families.

Various oral histories and other documents are available online.

I will close today with a couple of Oswego sunsets. 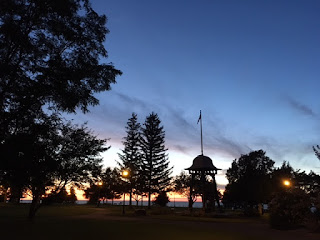 A Humble end to a little known story.  Thank you for reading.

"H" day at the Blogging from A to Z Challenge.  My theme:  New York State.

Joining Yogi and other Skywatchers for #SkywatchFriday.