New York State is rightfully proud of its Finger Lakes.  These are a series of natural lakes that were formed during the retreat of glaciers around 10,000 years ago.  Each has its own distinct personality.

If you like wine, you have (no doubt) heard of the Finger Lakes.  If not, let me introduce you to some of them.

Cayuga Lake may be the best known of the lakes.  Nestled at its south end is the City of Ithaca and, at its northern end, Seneca Falls.  Seneca Falls was possibly the real life Bedford Falls of the movie "It's a Wonderful Life" and was also famed for its role in the Women's Suffrage movement of the 1800's and early 1900's.  Yes, women in the United States have a lot to thank Seneca Falls for. 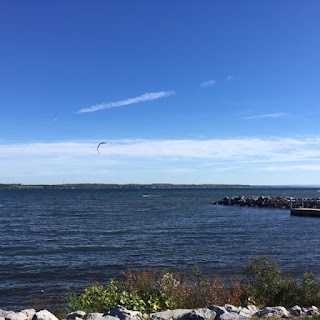 Seneca Lake is the deepest of the Finger Lakes at some 618 feet (188 meters).  This picture was taken in Geneva, at the northern tip of the lake.  The west side of the lake is home to Watkins Glen of race car fame, and so many wineries you can practically walk from one to the next. 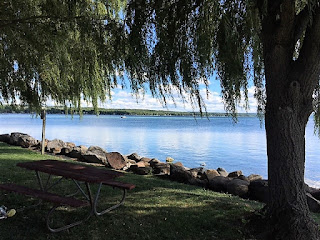 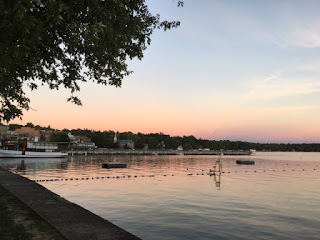 Skaneateles Lake means "long lake" in the language of the Onondaga Nation.  Its village is a beloved tourist attraction and hosts summer homes of some of our wealthier citizens. 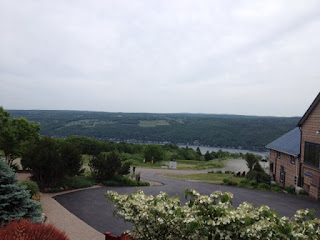 My favorite of the lakes, however, is Keuka Lake, also known as the "crooked lake" or the "Lady of the Lakes".  It's shaped like a lopsided Y and has two northern points and one southern.  It also has one of my favorite wineries (not that the others are bad; this is just my favorite), Dr. Konstantin Frank.

There are more lakes, but these are the ones I have pictures of.

Joining Sandee at Comedy Plus for her #WordlessWednesday.

"L" day at the Blogging from A to Z Challenge.  This year's theme: New York State