Would You Want a Blog with Scents?

For years, I have been hoping for a blogging plug in that would permit me to transmit scent on my blog, especially when I take pictures of fragrant flowers such as lilacs, some day lilies, and some roses.

I call this hypothetical plug in "Smell-O-Blog"

It turns out that others are working on this, too.  Maybe one day. 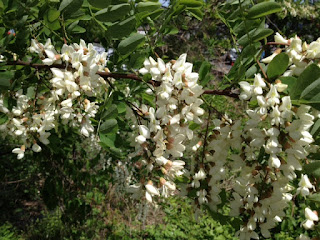 Wouldn't it be wonderful if, for example, I could transmit the fragrance of honey locusts?  These trees had been in bloom for the last couple of weeks but are gone now.  This year, the blooms were spectacular. 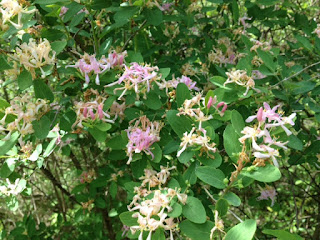 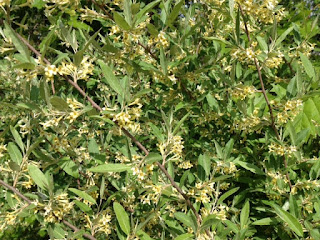 Or Russian Olive, a scent I do not enjoy (and, like many honeysuckles, it is an invasive plant)?  Maybe I would not want to have smell-o-blog for this plant.

Which brings us to the main reason why I am not sure that a smell-o-blog plug in would be something many bloggers would want.  For example, some bloggers employ a music player  that starts to play when you land on their blogs.  I, personally, find that annoying.  Musical tastes, after all, vary widely. I suspect I'm not the only one who doesn't like these automatic-music blogs.

People react to smell differently.  Many Americans love the smell of bacon cooking. But there is a  percentage of people throughout the world who practice religions that ban the eating of pork in particular or meat in general.  These people would leave a bacon-infused blog quickly, in horror, once they realized what they were smelling.

I have what is apparently a genetic condition where certain flowers that smell good to most people smell like garbage to me.  My list of such flowers include paper whites, northern magnolias and some lilies.  My son has it worse - lilacs also smell like garbage to him.  The last thing he would ever want is to land on a blog infused with the scent of lilacs.

But maybe, one day, smell-o-blog will be a reality.  Perhaps we should be careful of what we wish for.

Would you install a scent plug in on your blog?

This post is in memory of my mother.  Today would have been her 97th birthday, and she so loved the smell of lilacs and roses.
Posted by bookworm at 6:08 AM

Email ThisBlogThis!Share to TwitterShare to FacebookShare to Pinterest
Labels: flowers