These pictures were taken  June 14 at Cutler Botanic Garden in Binghamton, New York.

These roses, unlike the Knock Out type roses that seem to be so common now, have a short blooming season.  But in return, they give you scent that is some of the most gorgeous scent on this planet.

I have nothing at all against Knock Out roses, incidentally - they bloom and bloom and are disease resistant.  They bring roses to those who don't have the skill,stamina (or time) to care for some of the old fashioned roses that seem to succumb to any disease that passes by.  Well, perhaps I exaggerate. But, although I love sniffing and admiring them, I do not enjoy growing roses. 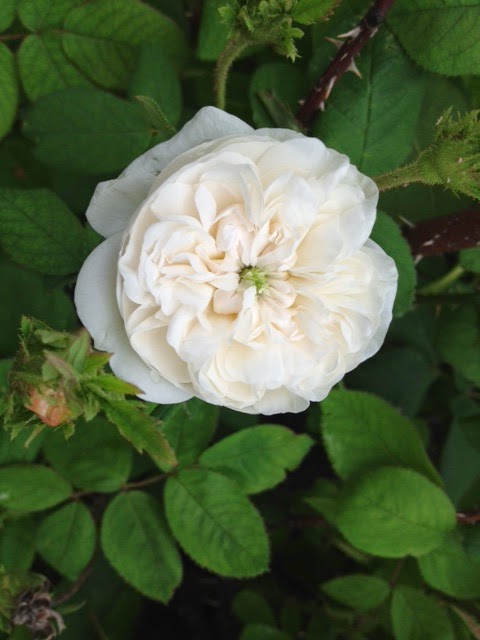 But if I could, I would grow this rose.  This lovely rose is called Mme. Hardy.

What a perfect bloom!

This is a rugosa rose, but not the wild type that has become an invasive problem in our area.  Don't you love the name-Blanc Double de Coubert? 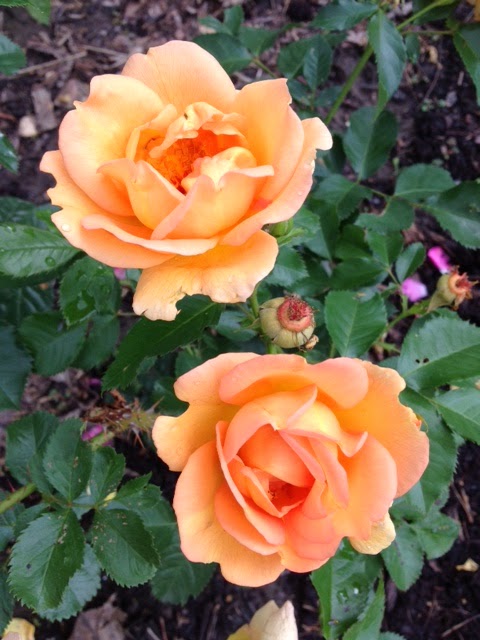 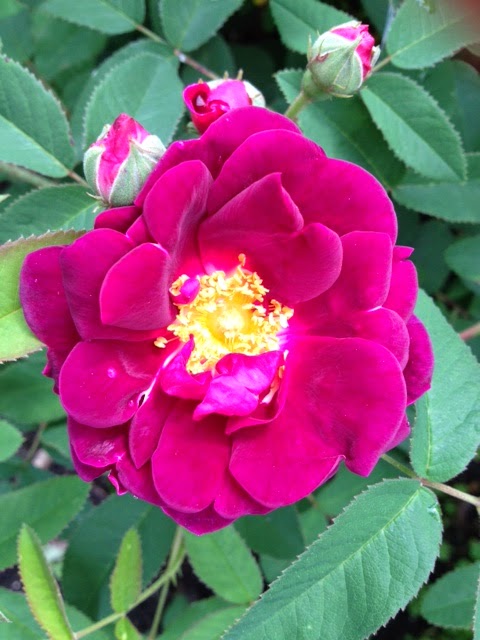 Finally, a rose of history - York and Lancaster.

I quit growing roses years ago.  My house of over 25 years near Johnson City, New York came with a climbing red rose, variety unknown, but it provided a buffet for every Japanese beetle within 10 miles, it seemed - and I just got tired of defending its honor in return for a brief blooming season.  We dug it up years ago, one of the few times we've gotten rid of a healthy, flowering plant.   Nowadays, I have my one wild pink rose, and it doesn't take any care at all.

My fourth summer Wednesday weekly feature started in 2011 with "Wildflower Wednesday".  That is why I publish my summer feature (since expanded to a seasonal weekly feature) on a Wednesday and not on a Saturday or Sunday (for an "s" sound). In 2012, I expanded the Wednesday feature to anything to do with flowers.

This year, I'd like to expand the feature further to include anything that may be related to summer.  But, I have a feeling that I'll still be blogging about flowers most of the time.

Do you like growing roses?
Posted by bookworm at 6:07 AM