Winter has upstate New York locked in.  It could be worse, though.  I could have lived in Boston, with the giant mounds of snow on their narrow streets.

February is the most predictable month of winter for us.  We can have mild weather intervals in January.  In March, we can also.  But one thing you can depend on - February will be harsh. 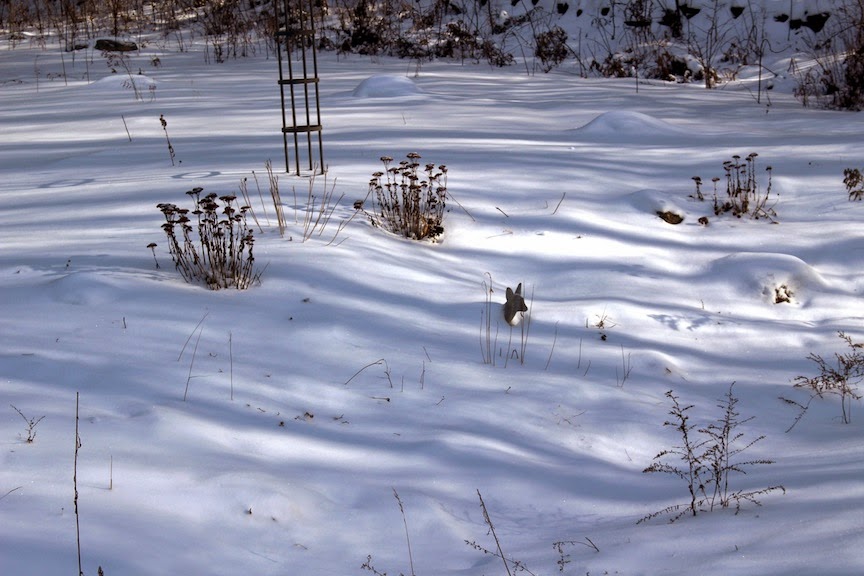 In the country, a deer (taken by my guest photographer).  All you can see is the head, just to the ight of center of the photo.   I love the shadows in the snow.  Looks like ripples, doesn't it? 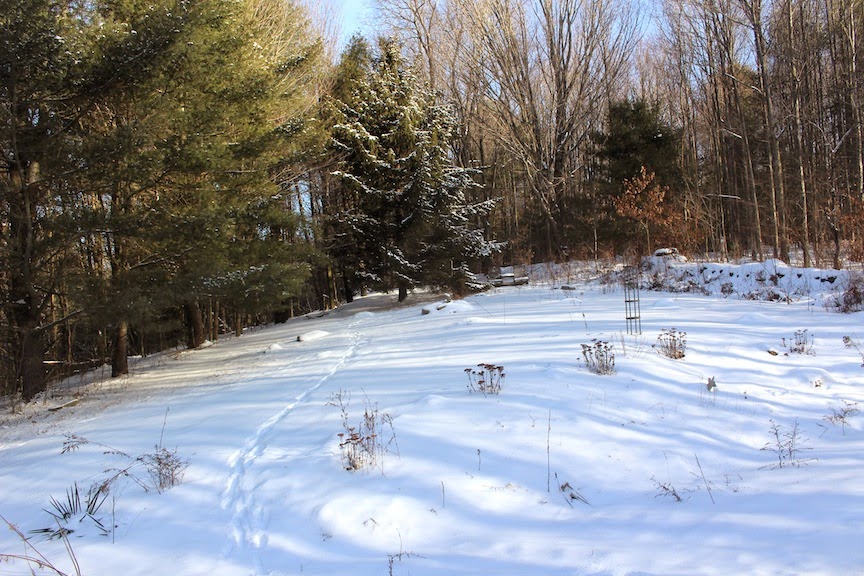 This is what five degrees above zero F looks like. 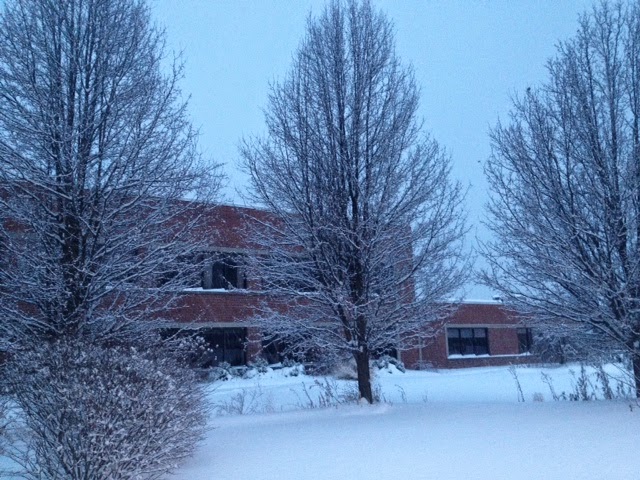 In the city, trees in front of an abandoned BAE Industries building near Johnson City, New York glisten with snow in the minutes before sunrise today. This building was abandoned after a flood in 2011 and is scheduled for demolition later this year. (We'll see about that).  But today, it looks beautiful. 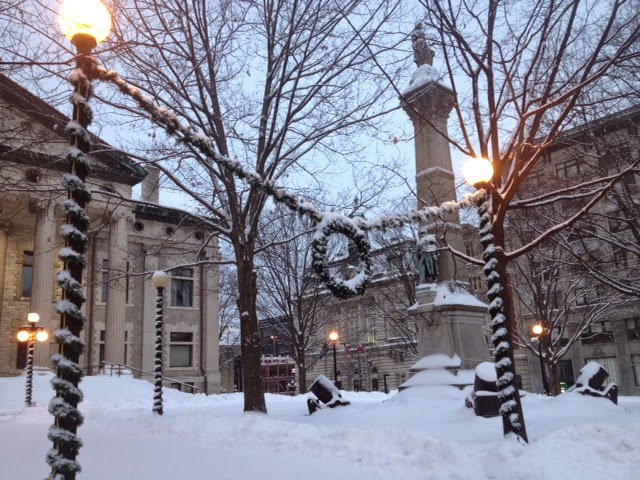 In downtown Binghamton, the county courthouse still has decorations up from the holiday season. 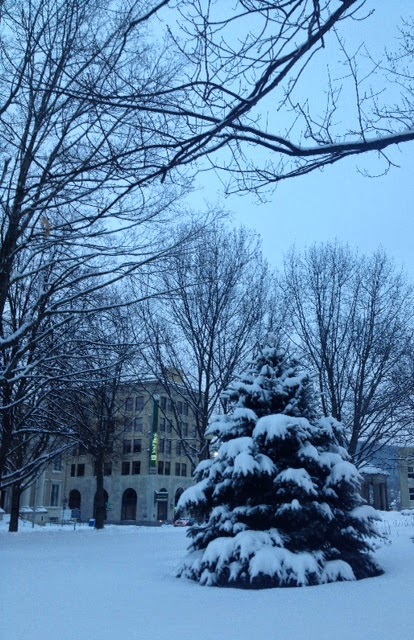 And, a snow loaded tree, also near the county courthouse.

If the weather forecasts are correct, we may get up to 24 more inches (nearly 61 cm) of snow by Tuesday.

Meanwhile, the temperature is supposed to drop through the day, bottoming out at about -7 F (-21.6 C).

Spring, please come soon!
Posted by bookworm at 6:16 AM