I'm going to let some pictures do the talking today (mostly) because this is a city partially made famous by photography.

Rochester, New York is the third largest city in New York State.  It is chock full of history - Susan B. Anthony and Frederick Douglass, among others, lived there.  The pipe cleaner, the digital camera and Kodak camera (remember the Kodak camera?) were invented in Rochester.

Rochester is also called the Flower City, for good reason.

Why don't we make a quick visit to Rochester? 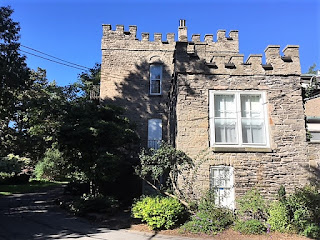 Our first stop is Warner Castle, built in 1854 as a private residence with a sunken garden. 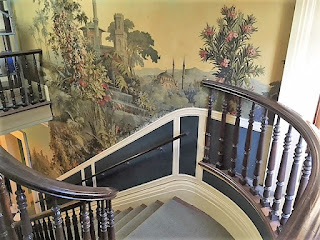 A mural inside the building. 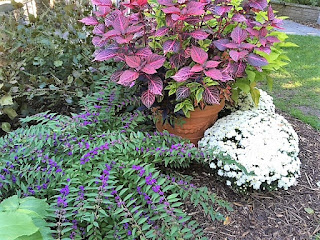 Part of its sunken garden. 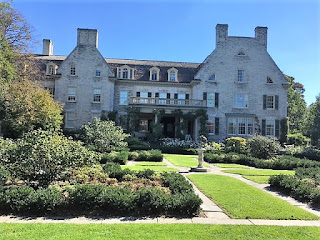 Next, the George Eastman mansion, on East Avenue.  If you are of a certain age, you remember "Eastman Kodak".  George Eastman was the founder of Kodak and his home is now a art and photography museum. 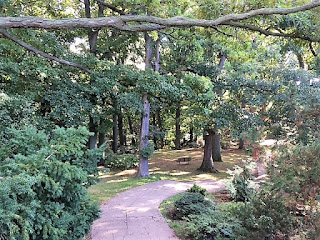 Highland Park is the site of a large lilac festival each May.  I haven't been to the festival in years.  All I can offer you is a picture of one of their trails in September. 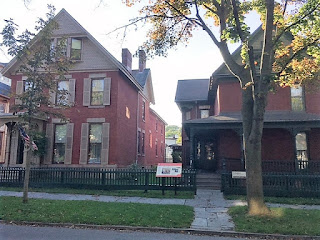 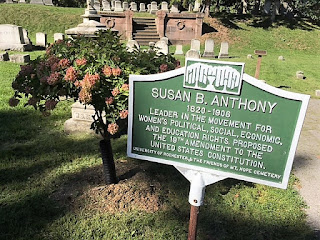 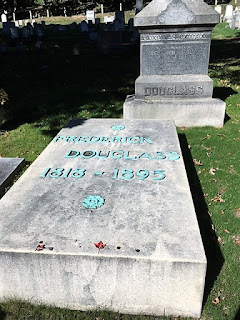 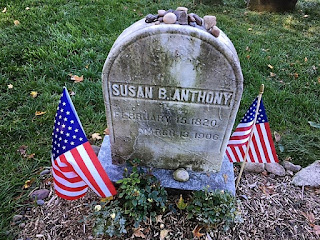 It is a tradition (not shown) for women to place their "I voted" stickers on Anthony's gravestone.

I hope you enjoyed my digital photography, which would not have been possible without this city in New York State, my theme for the Blogging from A to Z Challenge "R" day.

Joining up with Sandee at Comedy Plus for #WordlessWednesday.

Email ThisBlogThis!Share to TwitterShare to FacebookShare to Pinterest
Labels: Blogging from A to Z Challenge, New York, Rochester, Wordless Wednesday