It isn't every day you get to eat lunch with a sitting President of the United States.  Or, to be more exact, the sitting statue of a former President.

I enjoyed some vintage photos of the late President and then remembered I had a couple of pictures of my own.

In the summer of 2013 my spouse and I drove from our home in upstate New York to Arkansas for a visit.  On the way back home, we stopped for a rest break in Vandalia, Illinois. 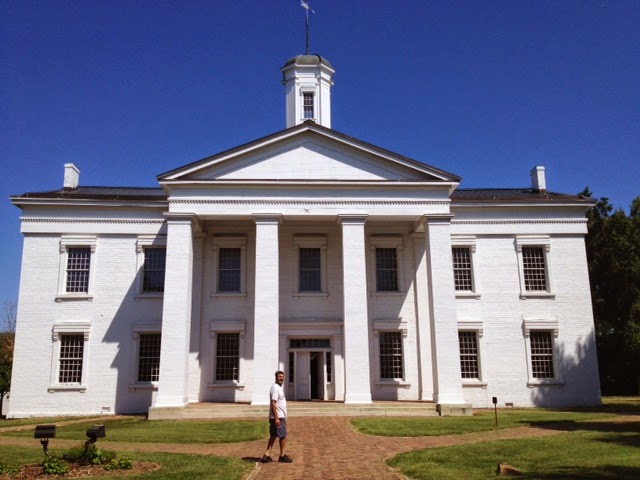 This was the Vandalia state capital building, built in 1836.

In the city of Vandalia, a young Illinois state legislator got some of his early political experience.  His name was Abraham Lincoln.  (One day, I will blog more about Lincoln).  Ironically, this particular statehouse was built to try to convince Lincoln and some of his colleagues to keep the capital in Vandalia.  Lincoln and some of his colleagues wanted the capital closer to the geographic center of the state.  It replaced a different building that was torn down while the legislature was in recess.  The hope was, the building would so impress the legislature that they would stay in Vandalia.
The bribe (if you could call it that) didn't work, and Lincoln was not a beloved figure in Vandalia for his actions in moving the capital away from their city.  But, time has a way of dimming memories.  Now, Lincoln is quite beloved in Vandalia.

In 2001, Lincoln Park was built near the statehouse. It features a statute called "Sitting with Lincoln". 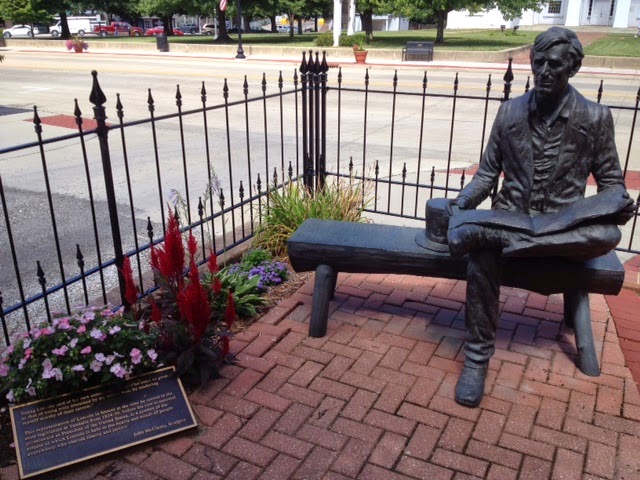 On this bench, I ate lunch with Abraham Lincoln in 2013- a tuna sandwich we had purchased in Missouri that morning, to be exact.  It was a hot sunny day, a day I would treasure today, when I think of the subzero wind chills outside at this moment.

I hope Lincoln enjoyed that wonderful Missouri tuna sandwich as much as I did.

Have you ever met a famous person, or a person who became famous later in life?
Posted by bookworm at 6:21 AM